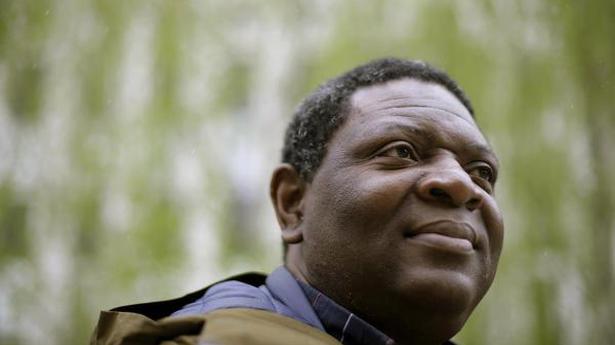 When Alfred Brownell arrived in a remote Liberian village, the surrounding tropical rainforest had been levelled by bulldozers. Burial grounds were uprooted, religious shrines were desecrated and a stream people depended upon for water was polluted.

Mr. Brownell, an environmental lawyer and activist, blamed the devastation on the palm oil company Golden Veroleum Liberia. The company had been given a green light in 2010 by the government to expand in the country and was poised to turn more than 2,000 km2 of lush forest into palm oil plantations.

Mr. Brownell on Monday was awarded the Goldman Environmental Prize for exposing alleged abuse by the company and helping to prevent it from converting about 50 km2 of forest that is home to elephants, pygmy hippopotamuses and chimpanzees. “It was total annihilation,” said Mr. Brownell, now a visiting scholar at Northeastern University’s School of Law in Boston.

A spokesman for the company, Randall Kaybee, acknowledged in a statement that “there have been lapses in following its own operating procedures, resulting in grievances among some communities and in the inadvertent clearance of some high carbon stock forest areas.” He said measures have been put in place to address these problems.

For his work saving forest lands, Mr. Brownell won the Goldman prize along with five others for grassroots environmental activism. The prize was created in 1989 by philanthropists Richard and Rhoda Goldman. Winners are selected from nominations made by environmental organisations and others. The prize carries a $200,000 award.

The other winners are:

Bayarjargal Agvaantseren of Mongolia, who led the fight to create the Tost Tosonbumba Nature Reserve.

Alberto Curamil of Chile, a jailed indigenous activist who had protested several hydroelectric projects in the country.

A Sri Lankan spice tycoon, the father of two of the suspected Easter suicide bombers, was arrested on Thursday on suspicion of aiding and abetting his sons carry out the deadly terror attacks that left nearly 360 people dead. Spice merchant Mohamed Yusuf Ibrahim’s two sons — identified as Ilham Ahmed Ibrahim and Imsath Ahmed […]

Microsoft said Monday it obtained a court order allowing it to seize web domains used by North Korean hacking groups to launch cyberattacks on human rights activists, researchers and others. The U.S. technology giant said a federal court allowed it to take control of 50 domains operated by a group dubbed Thallium, which tricked online […]