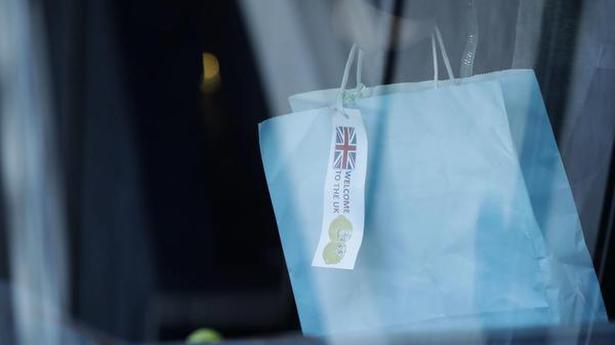 Britain’s Home Office is under investigation by the country’s spending watchdog over its treatment of thousands of students — from India, Pakistan and Bangladesh — who had their visas cancelled over allegations of cheating on English language tests that they had taken to come to the U.K.

The investigation follows years of warnings from campaigners that tens of thousands of students had been unjustly treated, after being mistakenly deemed to have cheated on their tests in a crackdown by the government that followed revelations of fraud at two testing centres.

While many have been deported, others have returned home voluntarily, unable or unwilling to contest the charges against them, while other have had their lives disrupted — and access to basic public services blocked — as they remained in the UK, attempting to appeal the decision taken against them. Around 34,000 students and entrepreneurs have been accused of cheating, and a further 22,000 had their results questioned.

The National Audit Office (NAO) said in a statement that it was “looking at the information held by the Home Office on the number of people alleged to have cheated and the action the Home Office has taken to date”.

“The Home Office’s handling of the issue has been spectacularly unfair and opaque, and it’s high time the truth was brought to light.”

“This is one of the biggest forgotten immigration scandals of [Theresa] May’s hostile environment policies,” said Zubaida Haque, deputy director of the Runnymede Trust, a race equality think tank, referring to the phrase used by the Prime Minister while she was still Home Secretary to describe the government’s approach to immigration. It had tried to drive net migration from the “hundreds of thousands” to the “tens of thousands.”

During a parliamentary debate last year, MPs called for an independent investigation, as well as an apology and potential compensation from the government, with many drawing a parallel between the situation and the controversy over the treatment of Commonwealth citizens, mostly from the Caribbean that has come to be known as the Windrush scandal.

For a number of years now, the Home Office has been taking foreign students, workers and others to court on fraud charges to obtain the English-language qualification to stay in the U.K. Since 2010, a number of institutions, including Educational Testing Services (ETS), an American company with many TOEIC centres, have been responsible for running exams — covering different levels of English language proficiency required by different types of visas — that were recognised by the U.K. government.

In February 2014, a BBC Panorama investigation found evidence of fraud at an ETS centre, a trigger for the British government’s deportation programme.

Since then, thousands of people, who had gained their qualification via ETS centres across the U.K., were accused of fraud. The system used to determine whether fraud was committed has faced much criticism and challenges in courts. Campaigners say blanket decisions on questionable voice recognition software was used as the basis for the charge that proxies were used to take the test.

Of these, there were 12 million new displacements involving children, including around 3.8 million of them caused by conflict and violence, and 8.2 million due to disasters linked mostly to weather-related events Source: thehindu.com Related

“Full House” actress Lori Loughlin appeared in federal court in Los Angeles on Wednesday to face charges of taking part in a scheme in which dozens of wealthy parents are accused of paying for their children to cheat their way into prestigious US universities. US Magistrate Judge Steve Kim ordered Loughlin, one of several high-profile […]