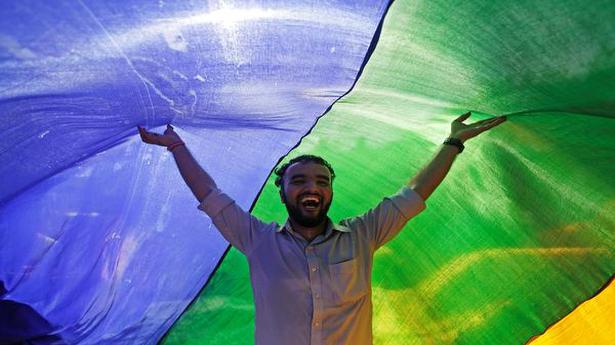 Fifty years since the 1969 Stonewall Riots in New York City, which sparked an LGBT liberation movement in the U.S. and elsewhere, 36% of countries are yet to decriminalise homosexuality. In other words, same-sex sexual acts remain a criminal offense in 71 conutries. In 6% of countries, homosexuality is punishable by death.

In a report titled ‘State-Sponsored Homophobia’, the International Lesbian, Gay, Bisexual, Trans and Intersex Association (ILGA) noted that India, Angola and Trinidad & Tobago are the latest to decriminalise homosexuality. The data presented in the report is based on national laws pertaining to homosexuality, as of March 2019.

India decriminalised homosexuality in September 2018 when the Supreme Court read down Sec. 377 of the Indian Penal Code (IPC). But there is more work to be done in terms of recognising the marriage of and adoption by same-sex couples.

China’s economy weakened to its slowest pace in three decades in 2019 as weaker domestic demand and trade tensions with the United States took their toll, official data showed Friday. The world’s second-largest economy grew by 6.1% last year, its worst performance since 1990, according to the National Bureau of Statistics. The figure matches an […]

The police investigating the deaths of 39 people in a truck near London said they had arrested three more suspects on Friday on suspicion of human trafficking amid signs that some of the dead may be Vietnamese. As forensic experts began the process of identifying the victims, the Vietnamese embassy in London said families from […]

The World Health Organization will be reconvening the International Health Regulations Emergency Committee on Thursday (January 30) to decide whether the current outbreak of novel coronavirus constitutes a ‘public health emergency of international concern’. The WHO announced the decision last night. The Emergency Committee last met on January 22-23 to decide if the outbreak was […]