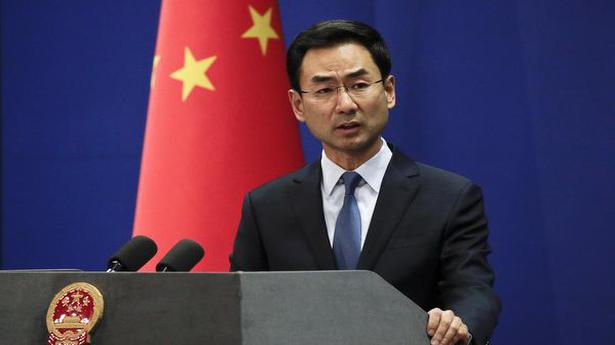 China on Wednesday said it had reversed its earlier stance on Masood Azhar as “revised” material was now available which substantiated the grounds for listing the head of the Pakistan-based Jaish-e-Mohammed as a global terrorist.

“A few days ago, the relevant countries revised the application form of Masood’s listing and submitted it to the 1267 Committee. The Chinese side has carefully studied the revised materials, taken into account the opinions of all the parties concerned and made no objection to this listing,” Foreign Ministry spokesperson Geng Shuang said in response to a question.

Mr. Geng made it plain that despite agreeing to list Azhar, China would continue to maintain its special ties with Pakistan. “I would like to emphasise that Pakistan has made tremendous contributions to the fight against terrorism, which should be fully recognised by the international community.” He added: “China will continue to firmly support Pakistan’s efforts to fight terrorism and extremist forces.”

Israeli President Reuven Rivlin began two days of crucial talks on Sunday with party leaders before selecting his candidate for Prime Minister, after a deadlocked repeat election was set to make forming any new government a daunting task. Israel’s largely ceremonial president is tasked with picking the politician with the best chance of forming a […]