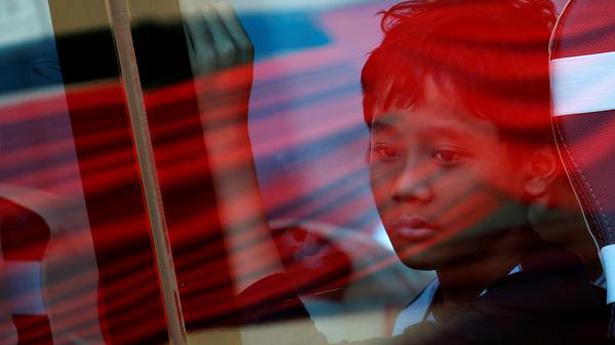 The low-cost Indonesian carrier whose Boeing 737 Max 8 jet crashed a year ago, killing 189 people, has vowed to follow recommendations from a probe into the disaster.

Indonesian transport officials released a report on the Lion Air accident on October 25 that said faulty design by Boeing, inadequate training for the pilots and lapses in maintenance doomed the flight, which crashed on October 29, 2018.

Relatives of victims scattered flowers on October 29 on waters where the aircraft plunged into the Java Sea, mourning and marking the crash anniversary.

Edward Sirait, Lion Air’s CEO, shared condolences and said improving safety was a “never ending job.” A lawyer for Boeing expressed his sympathies and urged family members of the victims to seek compensation from a $50 million fund set up to help them.

Former pope Benedict XVI has publicly urged his successor Pope Francis not to open the Catholic priesthood up to married men, in a plea that Sunday stunned Vatican experts. The ex-pontiff, who retired in 2013, issued the defence of clerical celibacy in a book written with arch-conservative Cardinal Robert Sarah, extracts of which were published […]

A Indian former Roman Catholic priest has been sentenced to six years in prison for sexually abusing a teenage girl in the U.S., according to a media report. John Praveen, 38, pleaded guilty in February to sexually touching a 13-year-old girl in the Rapid City church, South Dakota over her clothes last year, Rapid City […]

Chile’s government will extend a state of emergency to cities in its north and south after at least seven people died amid violent clashes and arson attacks over the weekend, the interior minister said on the night of October 20. Andres Chadwick said in a press conference in the capital Santiago the decision to extend […]