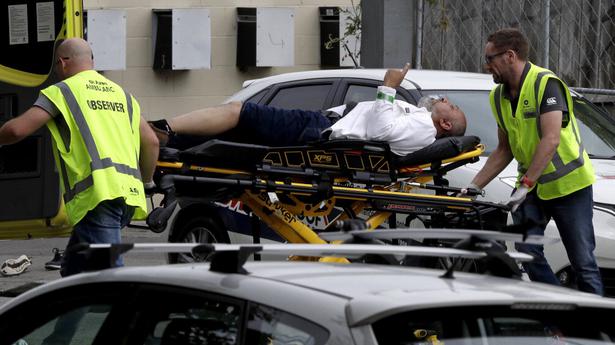 Armed police in New Zealand swarmed central Christchurch on Friday amid a shooting at a mosque in the South Island city. There were reports that members of the Bangladesh cricket team were also present at the site.

Another mosque was also targetted in the city, according to local media reports. While the police has confirmed fatalities, they have not specified any number.

All members of the Bangladesh Cricket Team in Christchurch, are safely back in the hotel following the incident of shooting in the city.

The Bangladesh Cricket Board is in constant contact with the players and team management.#ChristchurchMosqueAttack pic.twitter.com/TTpIFxLp05

“What has happened in Christchurch is an extraordinary act of unprecedented violence. It has no place in New Zealand. Many of those affected will be members of our migrant communities – New Zealand is their home – they are us,” tweets New Zealand Prime Minister Jacinda Ardern‏.

“The person who has committed this violent act has no place here,” she adds and appeals to the people of Christchurch to stay indoors.

New Zealand Police says one person has been taken in custody.

“Police is responding to a very serious and tragic incident involving an active shooter in central Christchurch. One person is in custody, however Police believe there may be other offenders…. This is an evolving incident and we are working to confirm the facts,” @nzpolice tweeted.

Police also confirmed “there have been a number of fatalities” without giving a specific number. “We ask all mosques nationally to shut their doors, and advise that people refrain from visiting these premises until further notice.”

New Zealand police say they are hunting “an active shooter”.

Local channels show footage of the shooting from a Facebook Livestream believed to be from the shooter’s account.

New Zealand media say a shooting has occurred in a second mosque in the city of Christchurch. No details were immediately available.

Bangladesh is scheduled play Test against New Zealand in Christchurch on Saturday. The mosque is near the cricket stadium and the players had gone for their Friday players.

Bangladesh team escaped from a mosque near Hagley Park where there were active shooters. They ran back through Hagley Park back to the Oval. pic.twitter.com/VtkqSrljjV

Alhamdulillah Allah save us today while shooting in Christchurch in the mosque…we r extremely lucky…never want to see this things happen again….pray for us

“The players are shaken up but fine… I spoke to one of them shortly after (the incident),” Mario Villavarayen, the team’s strength and conditioning coach told New Zealand Herald.

Local media report multiple casualties at one mosque and say another had been evacuated.

Police commissioner Mike Bush says all schools in the city has been placed in lockdown in response to “a serious ongoing firearms incident”.

An eyewitness tells Radio New Zealand he heard shots fired and four people were lying on the ground, with “blood everywhere”.

There was no official information on casualties but the New Zealand Herald said at least one person was killed.

Shots were fired at or near mosque in the New Zealand city of Christchurch. Police has urged people nearby to stay indoors.

“A serious and evolving situation is occurring in Christchurch with an active shooter,” says a police statement.

“Police are responding with its full capability to manage the situation, but the risk environment remains extremely high.”

(With inputs from AP, AFP, Reuters)

A miss that proved to be life-saving; Ethiopian Airlines flight

A Greek man, who narrowly missed the Ethiopian Airlines flight on Sunday, says he argued with ground staff to try and board after reaching the gate late. “I saw the last passengers going through but the gate had already closed. I complained, in the usual way when that kind of thing happens. But they were […]