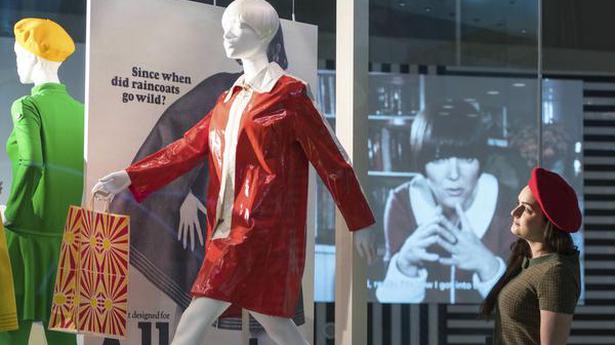 Mary Quant, the subject of a major retrospective opening at London’s Victoria & Albert Museum this week, was the fashion queen of Britain’s Swinging Sixties.

The 85-year-old has gone down in history for popularising the mini-skirt and for making women’s clothes fun and affordable.

Whether she actually invented the iconic fashion item has been the subject of a long and bitter dispute with late French designer Andre Courreges, among others.

But her role in turning thigh-skimming super-short hemlines into an international trend has not been disputed.

Her personality and style made her “probably the most famous fashion designer that has come out of this country,” according to V&A fashion curator Jenny Lister.

“She was in the right place at the right time and that was part of her success.”

‘We were eating our meal when the shooter entered’: survivor recounts Hanau attack

A man suspected of shooting dead nine people in shisha bars in a German town before killing himself and his mother had posted a manifesto online including conspiracy theories and deeply racist views, prosecutors said on Thursday. The presumed attacker — a 43-year-old German man identified as Tobias R. — was found dead close to […]

Barbie makers Mattel launched a new line of dolls called Creatable World this September. According to Mattel this is the world’s first gender-neutral doll. The doll can be a boy, a girl, neither, or both. It is available in different skin tones. Each doll comes with two wigs of different lengths. There are several gender-neutral wardrobe options. The figures in […]