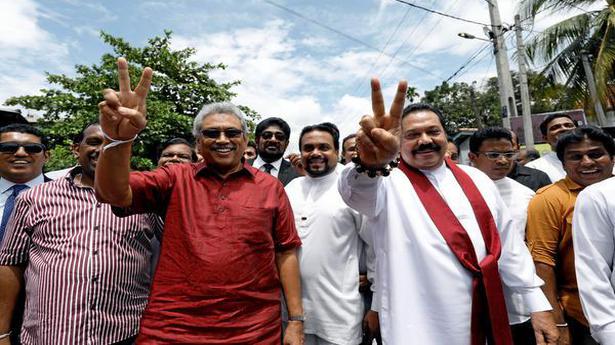 Sri Lanka will have its longest ever ballot paper in the November presidential election, the Election Commissioner said on Tuesday, after as many as 35 candidates filed nominations for the contest, said to be a record number of candidates.

The Commission will incur additional costs on the long ballot paper, pushing the cost of the election from the initially estimated $22 million to $28 million, officials told the media on Tuesday. The ballot paper will have symbols of all the candidates listed on it, with the party or alliance they represent, and voters are entitled to mark up to three preferences for President. “They don’t have to necessarily mark three preferences, but they could if they wish to,” an official told The Hindu.

The Election Commission is preparing material and films to educate voters on exercising the preferential voting option. Awareness films will soon be telecast on local television, according to officials of the Commission.

Prominent among the candidates who filed nominations on Monday are the Sri Lanka Podujana Peramuna (SLPP)’s Gotabaya Rajapaksa, a powerful ex-Defence Secretary and the brother of former President Mahinda Rajapaksa, and the ruling United National Party’s deputy leader Sajith Premadasa, who are the two main contestants in this poll.

US braces for coronavirus spread as outbreaks worsen in Italy, Iran

The United States told Americans on Tuesday to begin preparing for coronavirus to spread within the country as outbreaks in Iran, South Korea and Italy escalated and fears that the epidemic would hurt global growth rattled markets. Iran’s coronavirus death toll rose to 16 on Tuesday, the most outside China, while Italy reported its 11th […]

China said on Sunday that 17 more people had become infected with a new coronavirus strain, fanning fears it will spread further as hundreds of millions of people travel to celebrate the upcoming Lunar New Year. Three of those patients are seriously ill, according to a statement issued by the health commission in the central […]