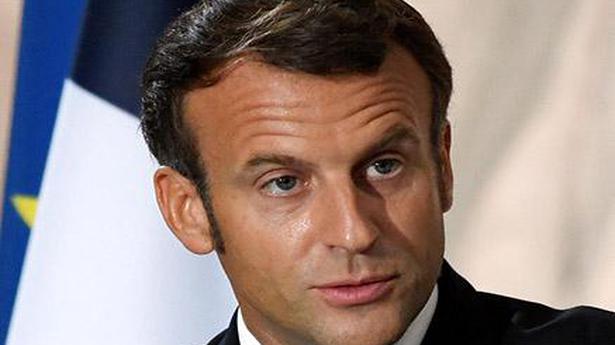 “The fight of our generation in Europe will be a combat for our freedoms,” Mr. Macron said, adding that he believed they were being “overturned”.

“When France was attacked five years ago, every nation in the world supported us,” Mr. Macron told Ben Smith in comments published in the latter’s Sunday column.

“So when I see, in that context, several newspapers which I believe are from countries that share our values… when I see them legitimizing this violence, and saying that the heart of the problem is that France is racist and Islamophobic, then I say the founding principles have been lost.”

In his column about their exchange, Mr. Smith said the French president had argued “foreign media failed to understand ‘laicite,’” or secularism, a pillar of French policy and society.

Domestic support for a firm line on the need for immigrants to embrace French values is stronger than ever since the grisly beheading last month of teacher Samuel Paty, who showed his pupils cartoons of the Prophet Mohammed in a lesson on free speech.

While paying tribute to the slain man, Mr. Macron defended France’s strict brand of secularism and its long tradition of satire.

“We will not give up cartoons,” he vowed.

He reiterated his point in an interview with Le Grand Continent in which he stated that, despite his respect for different cultures, “I am not going to change our laws because they shock elsewhere.”

“The fight of our generation in Europe will be a combat for our freedoms,” Mr. Macron said, adding that he believed they were being “overturned”.

His views have been called into question not just in angry protests across Islamic countries — many of which have called for boycotts of French products — but also by English-language newspapers and even international political allies.

The Financial Times published a piece by a correspondent that was titled “Macron’s war on ‘Islamic separatism’ only divides France further.”

The paper later took down the column, citing factual errors.

Defending France’s stance in a letter to the FT in which he denied stigmatizing Muslims, Mr. Macron wrote: “France — we are attacked for this — is as secular for Muslims as for Christians, Jews, Buddhists and all believers.”

Prime Minister Abiy Ahmed’s office said on Friday the nation of Ethiopia was proud of his Nobel Peace Prize award, hailing it as testimony to efforts to reform the country and seek peace with Eritrea. “We are proud as a nation,” his office wrote on Twitter after the announcement of Mr. Abiy’s win. In a […]

Pakistan on Wednesday confirmed its first two cases of the novel coronavirus as the deadly infection reached the country despite hectic efforts to keep it away. “I can confirm first two cases of coronavirus in Pakistan. Both cases are being taken care of according to clinical standard protocols & both of them are stable,” Dr […]

Boris Johnson says U.K. will quit Brexit talks if no deal by October 15