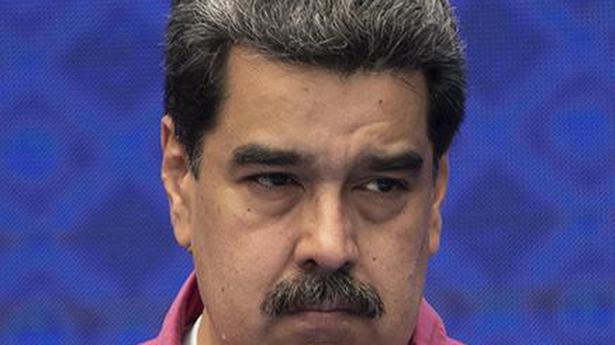 U.S. denounces the elections as a ‘fraud and a sham’

President Nicolas Maduro seized total control of Venezuela’s political institutions on Sunday with a sweeping victory in legislative elections that were boycotted by the main Opposition parties.

Mr. Maduro and his left-wing allies had 67.7% of the vote with over 80% of ballots counted, while the Opposition bloc which broke the boycott had 18%, National Electoral Council president Indira Alfonzo said.

Turnout was low with just 31% of the country’s 20 million electorate voting.

It further weakened U.S.-backed Opposition leader Juan Guaido, who led the boycott after calling the vote “a fraud”.

“Happy morning of victory!” Mr. Maduro celebrated. “We have a new National Assembly, we have had a tremendous and gigantic victory.”

U.S. Secretary of State Mike Pompeo denounced the polls as “a fraud and a sham” engineered by Mr. Maduro.

“The results announced by the illegitimate Maduro regime will not reflect the will of the Venezuelan people,” wrote Mr.Pompeo on Twitter.

Brazilian Foreign Minister Ernesto Araujo tweeted that the vote was an “electoral farce” and an attempt by the Maduro “dictatorship” to legitimize its rule.

Canada and the Organisation of American States said they would not recognise the result.

“Canada will always stand with the people of Venezuela in their fight to restore democracy,” Foreign Minister Francois-Philippe Champagne said.

Washington, Mr. Guaido’s main ally, is leading pressure to oust Mr. Maduro with economic sanctions, including an oil embargo in force since April 2019.

Monarchy | The Ramas of Thailand

Pakistan on Sunday summoned a senior diplomat from the Indian High Commission here to register its protest over the alleged ceasefire violations by t Source: thehindu.com Related

The government’s statement said the lockdown would be enforced from five to 21 days to identify and isolate all positive cases, immediately breaking the chain of transmission. Source: thehindu.com Related