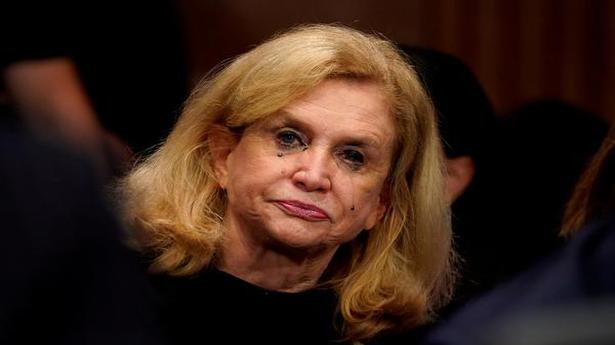 Mahatma Gandhi, whose principles of non-violence inspired world leaders such as Nelson Mandela and Martin Luther King, should be honoured this year with the Congressional Gold Medal, the highest civilian award in the US, as the world commemorates his 150th birth anniversary, an influential American lawmaker has said.

Congresswoman Carolyn Maloney from New York, who in September last year introduced a bill in the US House of Representatives to posthumously present the Congressional Gold Medal to Mahatma Gandhi in recognition of his promotion of nonviolence, said Gandhi has been a “truly inspirational leader, historic figure”.

Mahatma Gandhi was “transformational in so many ways” and an inspiration to all Americans and people across the world, Maloney said while addressing an audience at the Consulate General of India in New York at the event ‘Non Violence: A message of Lord Mahavir’ and the 150th birth anniversary of Mahatma Gandhi organised by the International Ahimsa Foundation USA (IAF).

She said Mandela and King both attributed their philosophy of non-violence and their leadership to Mahatma Gandhi and both are recipients of the Congressional Gold Medal.

“Already Nelson Mandela and Martin Luther King have received the Medal. It’s only right that the inspirational leader for both of them was Mahatma Gandhi and so he should receive this award,” Ms. Maloney said.

Ms. Maloney, who spearheaded efforts to have the US Postal Service issue the first Diwali Stamp, urged members of the Indian-American community to reach out to the Congress members and friends across the nation to co-sponsor the legislation to honour Gandhi with the Congressional medal.

“We are working to get the Senate sponsor. We must pass it this year and honour his leadership and his gift to the world,” she said, adding that “we should all work together and have a day of National Service in this special year for Gandhi and to remember him.

“There is not enough that we can do to remember and say thank you to Gandhi for his life’s work, for his gift of non-violent ways of handling problems.”

Gandhi brought independence to India with non-violence and recognising his contributions to values in America, Ms. Maloney said she introduced the bill last year to give him the greatest honour that can be bestowed by the US Congress on an individual.

The medal will “honour his leadership” and his gift to the world of inspiring with his principles of non-violence.

Addressing the gathering, which included leading Indian-American community members and leaders from the US politics, Consul General Sandeep Chakravorty said Gandhi himself was deeply influenced by the work and principle of civil disobedience of American poet and philosopher Henry David Thoreau, emulating it in his life.

Maloney added that India and the US, the world’s largest democracy and the oldest democracies, have several commonalities, share the same values and have been allies across the spectrum.

Paying homage to the memory and teachings of Lord Mahavir, she said she was not aware that one of Mahavir’s most important message is ‘Live and let live.’

“This slogan is one of the most famous quotes in America,” she said.

Pakistan to take a decision soon on its nationals’ evacuation from coronavirus-hit China: official

Amid growing pressure to bring back its nationals, mostly students, from coronavirus-hit Hubei province, the Pakistan government has said it is closely monitoring the situation in China and will soon take a decision on their evacuation. Pakistan came under criticism after it said that Pakistani students should not be evacuated from Wuhan as medical facilities […]

U.S. President Donald Trump said on Tuesday that the United States could impose harsher sanctions on Venezuela in its campaign to oust President Nicolas Maduro. Recent power outages across Venezuela show that “something terrible is going on down there” and “we need to put an end” to the current dire situation, Mr. Trump said at […]