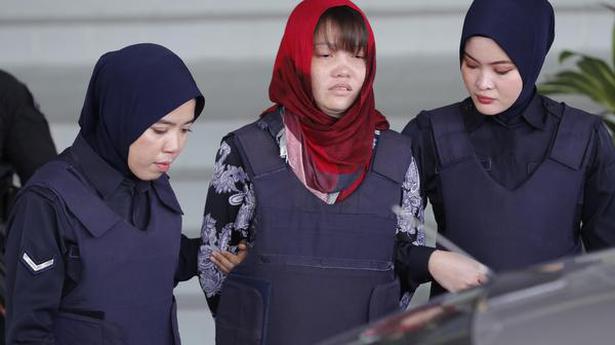 Malaysia’s Attorney General ordered the murder case to proceed against a Vietnamese woman accused in the killing of the North Korean leader’s estranged half-brother, prosecutors said in court Thursday.

Prosecutor Iskandar Ahmad gave no explanation for the refusal to drop the murder charge against Doan Thi Huong, who is the only suspect in custody after the stunning decision to drop the case on Monday against Indonesian Siti Aisyah.

The judge agreed to postpone it until April 1 but warned there should be no more delay.

Vietnamese Ambassaador Le Quy Quynh said he was “very disappointed” with the Attorney General’s decision. He said Vietnam’s Justice Minister had written to the Malaysian Attorney General seeking Ms. Huong’s release and that Vietnam will keep lobbying Malaysia to free her.

“We will request Malaysia to have fair judgment and release her as soon as possible,” he said.

A Vietnamese delegation said Ms. Huong told them she was happy for Ms. Aisyah but that she was also innocent.

The two women were the only people in custody after four North Korean suspects fled the country the morning of Feb. 13, 2017, when Kim Jong-nam was poisoned with VX nerve agent.

Ms. Aisyah and Ms. Huong have said they thought they were taking part in a prank for a TV show.

A High Court judge last August had found there was enough evidence to infer that Ms. Aisyah, Ms. Huong and the four missing North Koreans engaged in a “well-planned conspiracy” to kill Kim Jong-nam.

Lawyers for the women have previously said that they were pawns in a political assassination with clear links to the North Korean Embassy in Kuala Lumpur, and that the prosecution failed to show the women had any intention to kill. Intent to kill is crucial to a murder charge under Malaysian law.

Malaysian officials have never officially accused North Korea and have made it clear they don’t want the trial politicized.

Kim Jong-nam was the eldest son in the current generation of North Korea’s ruling family. He had been living abroad for years but could have been seen as a threat to Kim Jong-un’s rule.

The word “virgin” must be removed from Muslim marriage certificates in Bangladesh, the country’s top court has said, a landmark verdict after campaginers challenged the “humiliating and discriminatory” term. Under the South Asian country’s Muslim marriage laws, a bride has to select one of three options on the certificate — whether she is a Kumari […]

China’s birth rate dropped last year to its lowest level since the Communist country was founded in 1949, adding to concerns that an ageing society and shrinking workforce will pile pressure on a slowing economy. To avoid a demographic crisis, the government relaxed its one-child policy in 2016 to allow people to have two children, […]