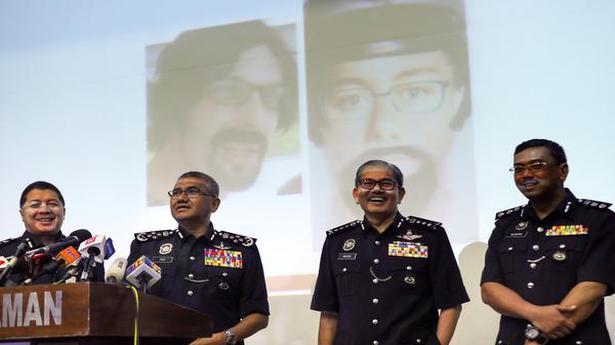 A Malaysian was sentenced to more than 10 years’ jail and three others were charged over insults against Islam and the Prophet Muhammad on social media, police said on Saturday.

The sentence is believed to be the harshest such penalty on record in the Muslim-majority country, where concerns over racial and religious tensions have grown in recent months.

Inspector-General of Police Mohamad Fuzi Harun said in a statement the person, who was not identified, had plead guilty to 10 charges of misusing communication networks.

The sentence was meted out consecutively, Mr. Mohamad Fuzi said.

Another social media user had also plead guilty and a sentencing hearing would be held on Monday. Two others had plead not guilty and were being held without bail.

All four were charged under laws against causing racial disharmony, incitement, and misusing communications networks.

“The police advise the public not to abuse social media or communication networks by uploading or sharing any form of provocation that can affect religious or racial sensitivities, causing racial tensions within this country’s diverse community,” Mr. Mohamad Fuzi said.

On Thursday, minister in charge of religious affairs Mujahid Yusof Rawa said the Islamic Affairs Department had set up a unit to monitor writings and communications insulting Islam and Muhammad.

He said the ministry would not compromise on any acts insulting the religion and called for punishments against those found guilty of such.($1 = 4.0890 ringgit)

Unknown gunman shoots dead 6 Afghan workers at main US base

An unknown gunman shot dead six local workers from the main American military base north of Afghanistan’s capital and wounded three others, an Afghan official said Friday. The nine workers, all Afghan nationals, were on their way home late Thursday when a gunman riding a motorcycle opened fire on them about 500 meters (about a […]

Restrictions on period of admission for visa categories

The rule proposes fixed time periods and extension periods for the three visa categories which currently operate under the “duration of status” framework. Source: thehindu.com Related

Poland’s ruling nationalists seen on course to remain in power

Poland’s nationalist Law and Justice (PiS) was on course to keep its ruling majority after a general election on Sunday, an exit poll showed, a victory likely to stoke concern about democratic standards in the largest ex-Soviet European Union state. The poll by Ipsos gave PiS 43.6% of the vote, with 27.4% of the ballots […]