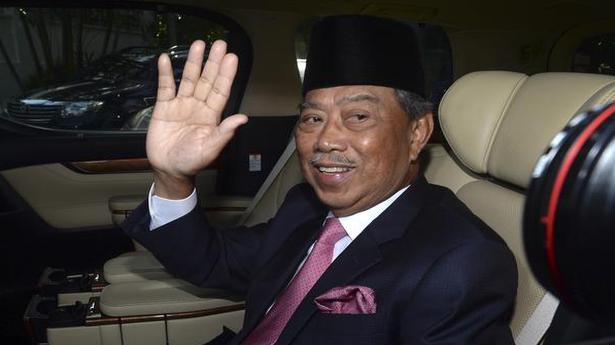 Malaysia’s new leader has postponed the next session of Parliament by more than two months, effectively delaying plans by Mahathir Mohamad’s former ruling alliance to seek a no-confidence vote against him.

Lower house Speaker Mohamad Ariff Mohamad Yusof said in a statement on Wednesday that law-makers will reconvene on May 18 instead of March 9 as originally scheduled. He said the decision was based on Prime Minister Muhyiddin Yassin’s order, but no reason was given for the postponement.

Muhyiddin, 72, was sworn in on Sunday as Malaysia’s eighth Prime Minister after his surprise weekend appointment by the king capped a week of political turmoil.

Muhyiddin led his Bersatu party out of the governing Alliance of Hope, depriving it of a majority and causing its collapse less than two years after its historic victory in 2018 ousted a corruption-tainted coalition that had ruled for 61 years.

Bersatu joined hands with the same coalition that it ousted, along with several smaller parties, to form a Malay-majority government. Mahathir, 94, resigned to protest Bersatu’s plan to work with the former government.

Mahathir tried to make a comeback, but it was too late, as the king appointed Muhyiddin, whom he deemed had the support of a majority of lawmakers.

But Mahathir said he had majority backing to serve as Prime Minister for a third time. He has called for an urgent vote in Parliament to test Muhyiddin’s claim of majority support, warning that any delay could see his supporters being inducted to support the government of the day.

There was no immediate response from Mahathir’s camp on the delayed resumption of Parliament. Many Malaysians are angered by what they see as a betrayal of their vote for a change in 2018 elections, with small protest rallies held over the weekend to “reject the traitors.”

Muhyiddin, a nationalistic politician who once famously quipped he was Malay first and Malaysian second, appealed for support in an address to the nation on Monday. He denied he was a traitor and promised to form a corrupt-free Cabinet despite bringing back to power the United Malays National Organization. Several UMNO leaders, including ex-Prime Minister Najib Razak, are on trial on corruption charges.

Muhyiddin and Mahathir were former members of UMNO when they formed Bersatu in 2016 amid anger over a massive corruption scandal involving the 1MDB state investment fund. Muhyiddin, a long-time politician, was appointed Deputy Prime Minister when Najib took power in 2009, but was sacked in 2015 after he criticised Najib’s handling of the 1MDB scandal.

Bersatu teamed up with the Alliance of Hope with a deal that Mahathir would eventually hand over power to his former rival Anwar Ibrahim. Mahathir has said he felt betrayed by Muhyiddin, accusing him of scheming with UMNO for a long time.

At least seven killed in gas explosion in Bangladesh

Trump to honor retired pro golfers with Medal of Freedom

U.S. President Donald Trump is honoring a pair of retired pro golfers with the Presidential Medal of Freedom, the highest honor the president can give a civilian. Annika SŮrenstam and Gary Player will receive the medal during a White House ceremony on March 23, the White House announced Friday. Both are members of the World […]

A Pakistani Army aircraft crashed into a housing complex in Rawalpindi on Tuesday morning, killing at least 17 people, including two pilots and three military officers. A shocking video of the plane crashing down on the residential area in the middle of the night has surfaced on social media. The video shows the plane swooping […]