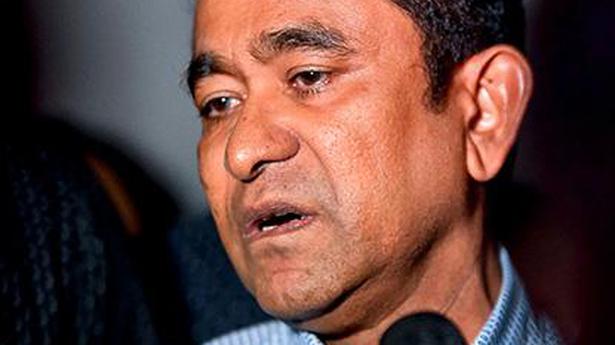 A Maldivian court on Sunday ordered the authorities to lift a freeze on former President Abdulla Yameen’s bank accounts holding about $6.5 million but said a money laundering case against him would proceed.

The High Court overturned the Criminal Court’s earlier decision to freeze the eight accounts over allegations that Mr. Yameen had received illicit payments just before he lost his re-election bid in September.

Mr. Yameen was arrested last month on a charge of trying to bribe witnesses in his money laundering trial, but was released from custody on Thursday. The move came ahead of April 6 parliamentary elections contested by his Progressive Party of Maldives. Authorities believe millions of dollars allegedly siphoned off by Mr. Yameen could be stashed abroad, and have said that talks are under way with foreign entities to repatriate any cash found.

Coronavirus outbreak: Do not travel to China, U.S. tells citizens

The U.S., Japan and others tightened travel curbs to virus-hit China on Friday while businesses struggled with supply problems from an epidemic that has infected nearly 10,000 people. Russia, Britain and Italy all reported their first two cases, Rome declaring its own national emergency as it sought to reconstruct the itinerary of two infected Chinese […]

Authorities allege that the men damaged and attempted to tear down the statue of President Andrew Jackson, which is located in Lafayette Square, last Monday. Source: thehindu.com Related

Sudan’s military arrested President Omar al-Bashir, ousting him from power in the wake of escalating protests against his 30-year rule, the defense minister announced on Thursday (April 11). He said the military will rule the country for the next two years with an emergency clampdown. The military control risks enflaming protesters. Tens of thousands of […]