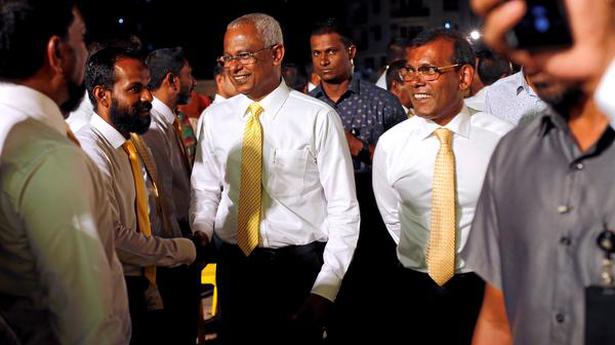 Maldives President Ibrahim Mohamed Solih’s party declared a sweeping victory on Sunday in the country’s parliamentary elections that could give him a free hand in efforts to restore political freedoms and tackle corruption.

Official results were expected late on Sunday, but there was no announcement yet.

It could be the first time a single party wins a majority in parliament since the Indian Ocean archipelago nation became a multiparty democracy in 2008 after decades of autocratic rule.

Afshan Latheef, the campaign spokeswoman for Mr. Solih’s party, told The Associated Press that it was a “resounding victory” that “undoubtedly reflected the people’s desire for reform and implementation of policies outlined in the president and government’s manifesto.”

As his party began celebrating after the vote counting started Saturday night, Mr. Solih said the people should not forget “the immense challenges that lie ahead of us.”

“The work to strengthen our democratic institutions, to deliver basic services for citizens, to our promise of bringing corruption, past and present to book and ending impunity starts now,” he said in a statement Sunday.

“I look forward to working with all of you to realise our promises to the people.”

Mr. Solih’s party is seeking at least 44 seats for a majority to pass legislation needed to implement pledges from last year’s presidential campaign.

His coalition currently has 52, but one partner with 22 seats is aligned with former strongman Yameen Abdul Gayoom.

Mr. Solih defeated Mr. Yameen last year, giving new hope to the young democracy, which has gone through a tumultuous transition that threatened to drag the Maldives back to its autocratic past.

Mr. Yameen had curtailed freedom of speech and jailed his political rivals.

Mr. Solih was only a fallback choice as president for his party because charismatic former President Mohamed Nasheed was sentenced to prison under Mr. Yameen and was ineligible to run.

Mr. Solih promised reforms, an end to political influence over the courts, police and the bureaucracy, and the recovery of money lost through corruption.

Opposition politicians came together in a grand alliance to defeat Mr. Yameen, their common foe.

But soon the coalition cracked and despite repeated efforts, Mr. Solih failed to secure parliamentary approval for promised commissions to inquire into corruption, the disappearance of a journalist and the killing of a blogger during Yameen’s rule.

U.S. to send troops to Saudi Arabia, hold off on striking Iran

The Pentagon on Friday announced it will deploy additional U.S. troops and missile defense equipment to Saudi Arabia and the United Arab Emirates, as President Donald Trump has at least for now put off any immediate military strike on Iran in response to the attack on the Saudi oil industry. Defense Secretary Mark Esper told […]

An emaciated 70-year-old elephant that caused a social media outcry after being forced to take part in an annual Buddhist pageant in Sri Lanka has died, officials said September 25. The government has ordered an autopsy for Tikiri, a domesticated Asian elephant that died September 24 night in Kegalle, 80 km east of the capital […]

Pakistan on Sunday appointed a hard-liner general as new chief of the powerful Inter-Services Intelligence (ISI) spy agency, replacing its current head, Lieutenant General Asim Munir, after only eight months on the job. Lieutenant General Faiz Hameed, a former senior ISI figure, was appointed Director-General of the agency, according to a statement by the military’s […]