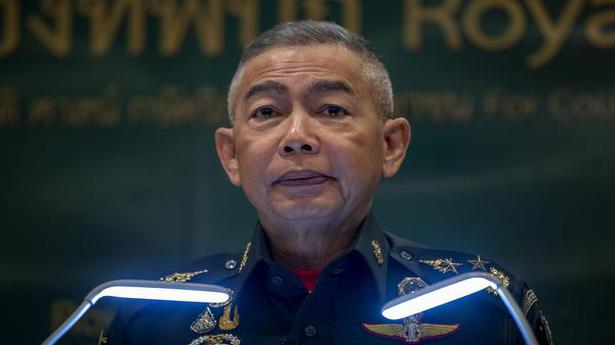 Police took a man into custody Friday after he fired multiple gunshots into the air in central Bangkok, injuring no one less than a week after a soldier killed 29 people in shooting rampage in northeastern Thailand.

The incident in the Thai capital was related to a personal conflict, Lt. Gen. Pakkapong Pongpetra, chief of the Metropolitan Police Bureau, told reporters.

The man was reported to have fired 20-40 shots during the incident lasting more than six hours in a residential neighborhood with small shops, many selling sporting goods, next to Chulalongkorn University.

Police had cleared the area around the building and Thai media reported a family member was brought in to try to convince him to surrender.

Last Saturday, a Thai soldier angered over a land dispute killed his commanding officer and the officer’s mother-in-law before stealing more weapons and heading to the Terminal 21 Korat mall in Nakhon Ratchasima. It comes less than a week after a shooting rampage in northern Thailand by a soldier who killed 29 people.

Ireland’s Indian-origin Prime Minister Leo Varadkar has suffered a bruising general election as his liberal-conservative Fine Gael party took a battering in the face of an unprecedented surge in the fortunes of the nationalist party Sinn Fein. As the poll results poured in overnight on Sunday, Varadkar’s party was pushed down to third place with […]

The U.S. House gaveled in for a historic session on December 18 to impeach President Donald Trump on charges that he abused his power and obstructed Congress, votes that will leave a lasting mark on his tenure at the White House. U.S, House Speaker Nancy Pelosi said Mr. Trump posed an “ongoing threat” to the […]