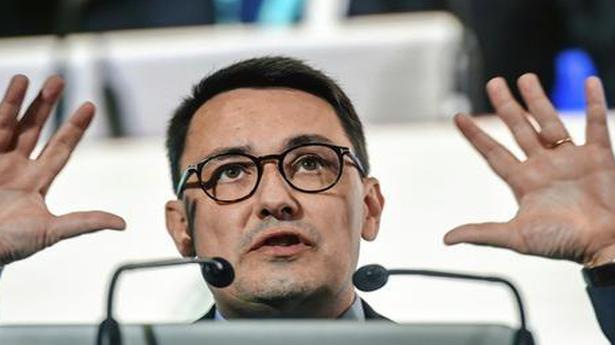 France on Friday termed the listing of Masood Azhar as a global terrorist a very important “political decision” as for the first time the world has reached a decision on the issue.

Separately, diplomatic sources said the link to Pulwama is that the process started after the terror attack and United Nations Security Council had mentioned the incident.

“It is very good news for the world community and obviously for India as well. It’s been a long process. A process in which we had played a significant role together with other partners. We are an unconditional partner of India to extend this unconditional support,” French envoy in India Alexandre Ziegler said talking to the media.

Mr Ziegler said the designation was important because it directly hinders the Jaish-e-Mohammad (JeM) chief’s activities. “All states are bound to freeze his assets and block his access to the financial system, ban him from entering or transiting through their territory; not provide him any arms or military assistance whatsoever, whether directly or indirectly,” he stated.

Stating that the fight against terrorism is one of the pillars of India-France strategic partnership, Mr. Ziegler added that fighting terrorism in cyberspace will be one of the priorities of their G7 presidency.

On this note, he stated, “Today, I would like to confirm that India is officially invited to the August summit in France and for the preparatory meetings.”

Stating that the listing was probably “too long story” as it started 18 years back in 2001, Mr. Ziegler added that “for all of us it seemed very unfair” that a terrorist group was sanctioned but its leader was not.

On May 1, the sanctions committee of the UNSC listed Azhar as a global terrorist but did not refer to the Pulwama terror attack which was mentioned in the initial listing.

China has said it agreed to the listing only because the U.S., U.K., and France agreed to revise the listing which didn’t mention Pulwama.

Responding to this, diplomatic sources said the link to Pulwama was that the process started after the February 14 terror attack.

“Significance of listing is not the technical details but the result. The result is Masood Azhar is sanctioned,” a diplomatic source stated.

Talking of how the listing got through this time, sources said it was a factual process and there was not enough evidence earlier.

Asked to comment on Pakistan’s response to the listing, the sources said they were “glad that Pakistan is satisfied with it” as the global community had been pushing Pakistan to act against it.

Miners told to stage protests at home to gather attention to their demands Source: thehindu.com Related

It could be a toss up between a senior IAS officer Ajay Mishra and his junior colleague Somesh Kumar when it comes to appointment of the new Chief Secretary of Telangana in the New Year. The incumbent Shailendra Kumar Joshi is due for retirement on December 31 and officials in the Chief Minister’s office are […]

The Taliban carried out more than a dozen attacks on Afghan army bases, officials said on Tuesday, hours after ending a partial truce and throwing into doubt peace talks between Kabul and the insurgents. The intra-Afghan negotiations are due to begin March 10 according to a U.S.-Taliban deal signed in Doha on Saturday, but a […]