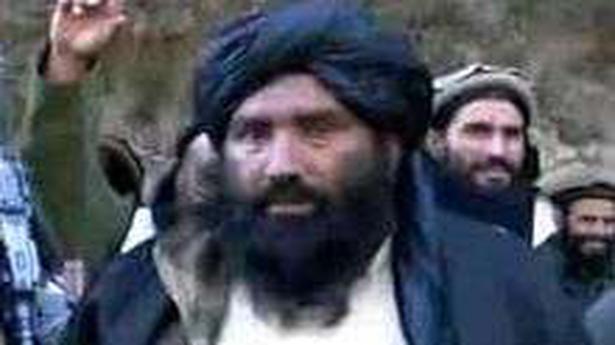 Pakistan has taken 44 members of banned organisations, including Jaish-e-Mohammad chief Masood Azhar’s son and brother, into preventive detention, and put Lashkar-e-Taiba (LeT) offshoots Jamaat-ud-Dawa (JuD) and Falah-i-Insaniyat Foundation (FiF) on its proscribed list, the Ministry of Interior announced on Tuesday.

New Delhi had criticised Pakistan for failing to ban the JuD and the FiF, which are banned by the UN Security Council, despite an announcement that it would do so on February 21. Both organisations were subsequently put on the National Counter Terrorism Authority (NACTA)’s list under the Anti-Terrorism Act, 1997.

“In order to implement [the] National Action Plan, a high-level meeting was held in the Ministry on March 4, which was attended by representatives of all provincial governments. It was decided to speed up action against all proscribed organisations,” the Ministry said in a statement.

“In compliance, 44 under-observation members of proscribed organisations, including Mufti Abdul Raoof [Azhar’s brother] and Hamad Azhar [his son], have been taken into preventive detention for investigation. These actions will continue, as per the decisions taken in the National Security Committee while reviewing the National Action Plan.”

The plan was announced by the government to crack down on terrorism. Minister of State for Interior Shehryar Afridi told a press conference in Islamabad that this was solely Pakistan’s decision. “We will not allow Pakistani soil to be used against any country,” he said. Ministry of Interior Secretary Azam Khan was also present.

Azhar’s son and brother were named in the Pulwama dossier given to Pakistan by India last week, said Azaz Syed, author of The Secret of Pakistan’s War on Al-Qaeda. Indian dossiers after the Mumbai and Pathankot attacks contained evidence, which was why cases were filed in Pakistani courts against those allegedly involved in those attacks.

A senior government official in New Delhi described Pakistan’s action as an ‘eyewash.’ “What does preventive detention mean? They have not specified whether an FIR has been registered. against Raoof and Hamad Azhar? Have they seized their property? Or they have merely put them under house arrest with all the amenities intact?” asked the official.

He added that in the past Masood Azhar and Lashkar-e-Taiba (LeT) head Hafiz Saeed were detained several times but mostly under lighter provisions like detention for breach of peace, but have never been prosecuted under anti-terror laws.

“This could also be an attempt to provide security to these terrorists,” said the official.

Another source said Pakistan’s Foreign Minister Shah Mehmood Qureshi gave interviews to CNN and BBC Urdu where he said that the Pakistan government was in touch with Masood Azhar. “We have heard these words before, spoken by a number of governments. Now, it is time to see demonstrable action against these groups and leaders. Otherwise, this is old wine in a new bottle – that we have seen from Jan 2003. If this is Naya Pakistan with a Nayi soch (new thinking), we expect to see naya action on the ground,” the source added.

Mr. Syed, however, told Geo TV that Prime Minister Imran Khan will decide about the detention of Masood Azhar in the next 24 hours.

Senior Pakistani journalist Kashif Abbasi said that in his interactions with senior civil and military leadership over the past few months, it’s clear that the authorities are this time serious in actions against militants.

“Pakistan has realised that it will have to take action against militant organisations. With the kind of international pressure due to the FATF [Financial Action Task Force], Pakistan cannot afford to have these organisations operate from our soil.”

“The international environment has changed so we are cracking down on militancy for ourselves, not for anyone else,” he added.

The FATF, the multilateral body on terror financing, has placed Pakistan on its ‘grey list’, which makes it difficult for Pakistan to get international loans.

Pakistani security analyst Muhammad Amir Rana said that after the 2002 crackdown on Jaish and Harkat-ul-Jihad-al-Islami, Pakistan saw a wave of terrorist attacks, including two assassination attempts on General Pervez Musharraf. “Before the Lal Masjid operation, most terrorist attacks in Pakistan were carried out by the splinter groups of Jaish. Pakistan paid a heavy price for this crackdown as these organisations have proper hardcore militants. Pakistan has now taken a huge risk by launching another crackdown against Jaish. Security forces believe there may be retaliation but Pakistan’s intentions this time are quite serious,” Mr. Rana told The Hindu.

He said this decision is due to the FATF pressure. A proper framework is being formulated by Pakistan in this regard, he added.

(With inputs from Vijaita Singh in New Delhi)

The Communications Workers of America (CWA) union filed a federal labour charge against Alphabet Inc’s Google on Thursday, accusing the company of unlawfully firing four employees to deter workers from engaging in union activities. The complaint, seen by Reuters, will trigger a National Labour Relations Board (NLRB) investigation into whether Google violated the four individuals’ […]

The visa action was being taken under a proclamation President Donald Trump announced on May 29 as part of the U.S. response to China’s curbs on democracy in Hong Kong. Source: thehindu.com Related

The International Monetary Fund on Monday announced immediate debt relief for 25 poor countries to help them free up funds to fight the coronavirus pandemic. “This provides grants to our poorest and most vulnerable members to cover their IMF debt obligations for an initial phase over the next six months and will help them channel […]