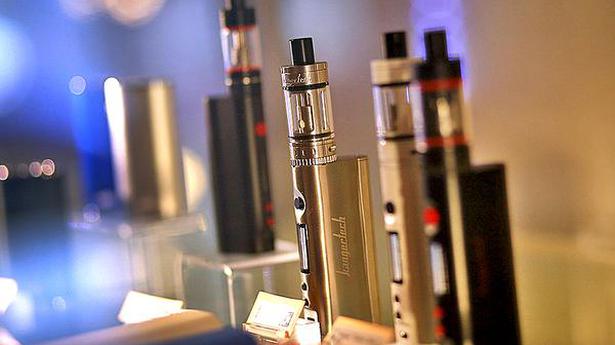 Massachusetts on September 24 imposed a four-month ban on sales of all vaping products, amid what officials called a national public health emergency that so far has been linked to nine deaths.

The state will block all sales of e-cigarettes and supplies, both those used for tobacco and marijuana, which is legal in the state, Governor Charlie Baker and state officials told a news conference. The move goes beyond steps taken by New York and Michigan, which earlier this month banned the sale of flavored vaping products out of concern that they appeal to children.

“The use of e-cigarettes and marijuana vaping products is exploding, and we are seeing reports of serious lung illnesses, particularly in our young people,” Baker, a Republican, told the news conference.

A mysterious lung disease linked to vaping has sickened at least 530 people in 38 states, and its toll is expected to rise, federal health officials told a congressional hearing on vaping on September 24.

The Massachusetts ban, which applies to flavored and non-flavored products, took immediate effect and will last through Jan. 25, officials said.

The four-month period is intended to give medical experts time to determine what aspect of vaping is causing the illnesses and to determine if new regulations could allow for safer vaping products, Baker said.

In California, the state’s Department of Public Health issued an advisory on Tuesday urging people to stop vaping any substance – including nicotine and cannabis – until investigations into the cause of illnesses related to the practice are completed. The state has not banned the sale of vaping products.

“People are getting sick and some are dying as a result of vaping,” Governor Gavin Newsom, a Democrat, said in a statement. ”Californians are encouraged to stop vaping until health officials fully understand whats causing this public health crisis.”

E-cigarettes are now so popular that one in four 12th- graders has reported vaping a nicotine product during the previous 30 days. The rate is nearly one in 10 for eighth-graders, a study by the University of Michigan in Ann Arbor reported.

Church always a source of strength for me: Kamala Harris

The vice presidential candidate has been spending quite a substantial amount of time in Michigan, a battleground state, which is headed for a tight race. Source: thehindu.com Related