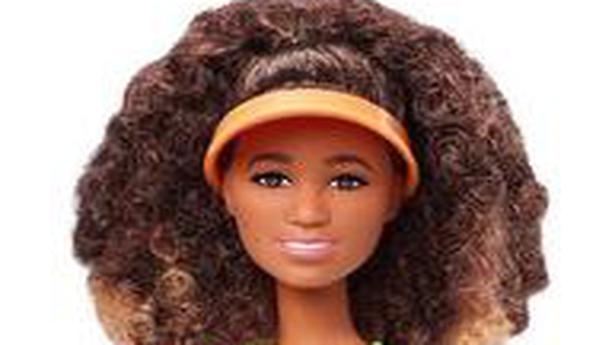 Barbie is turning 60, and in an effort to keep up with the times a new range of dolls are being released, including career women and role models to inspire young girls.

An astronaut, a football player and a news anchor were among the new-look, high-achieving Barbies unveiled by toy company Mattel at an anniversary event in Singapore on Friday.

A series of successful women have also had dolls made in their image to mark six decades of Barbie.

“Barbie has come a long way as a role model to show girls that they have choices,” said Mattel Southeast Asia marketing chief Chris Chan.

Mattel has marked the anniversary by partnering with the Singapore Flyer — a giant ferris wheel — to temporarily turn one of the ride’s cabins Barbie-themed.

More than one billion Barbies have been sold since her debut at the American Toy Fair in New York on March 9, 1959.

The Philippines’ Bureau of Immigration will temporarily stop issuing tourist visas on arrival to Chinese nationals to help ensure the country remained free of the new coronavirus, its head said on Tuesday. “We are taking this proactive measure to slow down travel, and possibly help prevent the entry of the 2019-nCov,” Jaime Morente, the bureau’s […]

Internet star “Grumpy Cat” has died at the age of seven, her owners said on Friday. “We are unimaginably heartbroken to announce the loss of our beloved Grumpy Cat,” they said in a statement on Twitter. The famous feline, whose frowning visage endeared her to millions of fans across social media and saw her photographed […]