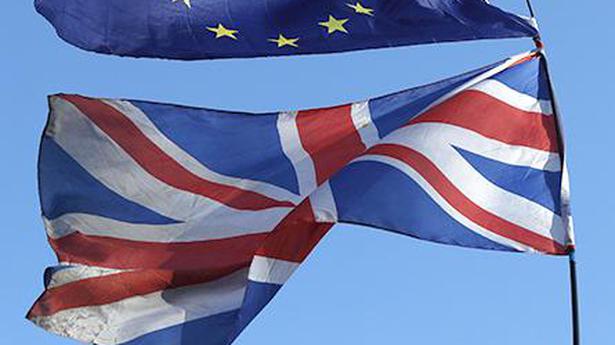 Tuesday is set to bring another crunch moment for British politics as another crucial vote on Theresa May’s EU Withdrawal deal is set to take place in the House of Commons, which could set the path for not only the future of Brexit but the Prime Minister herself.

Despite a flurry of conversations between London and Brussels — including one on Sunday between her and Jean Claude Juncker, the president of the European Commission — Ms. May has been unable to garner the changes that some members of her party and their allies in the Democratic Unionist Party of Northern Ireland are seeking, and therefore faces defeat in the vote on Tuesday.

The Prime Minister had said that should she be voted down, then two votes would follow on Wednesday and Thursday, potentially taking a ‘no-deal Brexit’ off the table and enabling a short delay.

Britain is set to leave the EU on March 29 but unless a deal is ratified before that date, it is set to crash out without a deal.

Tuesday’s vote could also prove decisive for the Prime Minister herself. Ahead of the Conservative Party vote of confidence last year which she narrowly won, Ms. May had pledged to step down as Prime Minister before the next election. However, given the political stalemate, pressure on her to bring forward the date has increased, with some pushing for it to take place by June. That pressure increased over the weekend as some MPs suggested that she could be forced to step down if she loses the vote.

On Monday, the government admitted that talks were “deadlocked” but insisted that it is set to go ahead, despite pressure from some quarters, for the Tuesday vote to be downsized.

The suggestion that the vote could be watered down provoked an outcry among MPs, with Conservative MP Nick Boles warning that if Ms. May did so, she would “forfeit the confidence of the House of Commons”.

Margaritis Schinas, the European Commission’s chief spokesperson, insisted that the EU remained committed to ratifying the deal before the 29th of March. It was for the House of Commons to take an important set of decisions, he said.

The Northern Irish backstop remains the key issue: the effective insurance policy would put the U.K. in a temporary customs union with the EU in the event of future talks breaking down in order to avoid a hard border developing on the island of Ireland. Geoffrey Cox, Britain’s Attorney-General, has so far been unable to change his legal advice that the backstop could “endure indefinitely” — with no proposals in sight that are likely to alter this. A suggestion from the EU — that they could alter the backstop to allow Great Britain (England, Wales and Scotland) to exit the customs union unilaterally so long as Northern Ireland remained within it — was shot down by the British government last week.

Some Conservative MPs and Cabinet members have sought to rally support behind the Prime Minister, insisting that should the vote be lost, the Brexit process itself could be under threat. “There is a wind in the sales of people trying to stop Brexit,” Foreign Secretary Jeremy Hunt told the BBC over the weekend.

While some Conservative MPs such as Mr. Boles are pushing for an extension to Article 50, others, including members of the right-wing European Research Group, are pressing for a ‘no-deal Brexit’ rather than any delay if Ms. May’s deal is voted down. Writing in The Sunday Telegraph, Nigel Dodds, a DUP MP, and Steve Baker, a Conservative MP, warned that while it was “inevitable” that Ms. May’s deal would be voted down, any delay would be a “political calamity.”

The Labour Party is opposing the withdrawal agreement, but is yet to fully back a second referendum, insisting that a short delay would be needed. It continues to push for a general election, with the party’s shadow Chancellor John McDonnell insisting to the BBC that a Labour deal — that would involve the U.K. remaining in a customs union and close alignment to the single market — could be agreed within “weeks”. The Liberal Democrats and the independent group of former Conservative and Labour MPs continue to push for a second referendum to break the gridlock. “The established parties are deeply divided and failing to provide the leadership the country needs,” said one of its members, Chuka Umunna, a former Labour MP.

Pakistani police say a bus has rammed into a hill after it breaks failed on a mountainous road, killing 22 passengers and injuring 15 in the country’s northwest. Officer Abdul Wakil says the accident happened Sunday in the Chilas distract, on the bus’ route from Skardu to the city of Rawalpindi. Mr. Wakil says rescue […]

New Zealand mosques mass shooting: What we know so far

A gunman on Friday morning opened fire at two mosques in New Zealand’s Christchurch area. At least 40 people were killed and 20 injured in the Christchurch mosques shooting. The number is significant, New Zealand police commissioner Mike Bush said. The police have arrested three men and one woman on the suspicion of them being […]