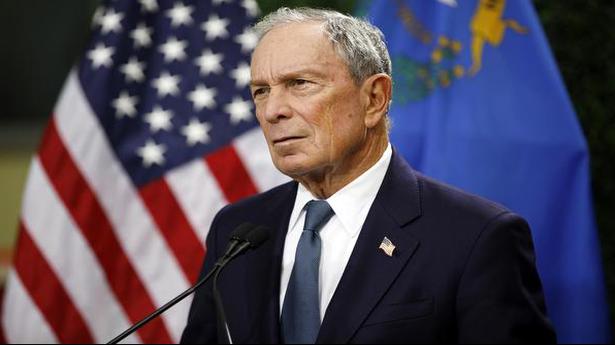 Washington Billionaire businessman Michael Bloomberg has called for President Donald Trump’s defeat in 2020 as he took a new formal step towards joining the Democratic presidential race.

“Officially filed in Arkansas to be on the ballot for the Democratic primary,” tweeted the former New York mayor on November 12, along with a photograph of himself submitting the paperwork – four days after doing the same in Alabama.

Both states have early deadlines to register for the primaries.

“We must defeat Trump. He has failed us at every turn,” the 77-year-old added.

Mr. Bloomberg’s personal appearance to sign his ballot papers in Little Rock is a strong public signal that the centrist tycoon will officially leap into the already-crowded Democratic primary field.

“Mike wanted to go and do the filing himself” in Arkansas, Bloomberg spokesman Jason Schechter told The New York Times.

“If he runs, he’s going to go to states that Democrats never go to in the primary campaign. We’re starting that today in Arkansas.” Mr. Bloomberg, who like Mr. Trump is a septuagenarian white New York billionaire, said back in March that he wouldn’t run, but more recently has been toying with the idea of throwing his hat in the ring, according to an advisor.

He has changed his political affiliation on multiple occasions, including switching from Democrat to Republican when he successfully ran for mayor of New York in 2001. He became an independent six years later.

Mr. Bloomberg is believed to be concerned that the Democratic Party has shifted too far left in recent years, and that a progressive nominee like senators Bernie Sanders or Elizabeth Warren would lead to Mr. Trump’s re-election.

Experts say Mr. Bloomberg’s candidacy could hurt the current frontrunner Joe Biden, the former vice president who is the leading centrist in the race.

Mr. Trump last week predicted that Mr. Bloomberg would “hurt Biden” if he ran, saying “there’s nobody I’d rather run against than Little Michael.”

Firebrand cleric-cum-politician Maulana Fazlur Rehman said on Wednesday that the massive sit-in, aimed at toppling Prime Minister Imran Khan’s government, was being held to fulfil a “national responsibility” and not to do ‘mujras’, warning that chaos will ensue if their demands were not met. The Pakistan government should present its suggestions to the opposition parties […]

Infected mink have been found on 10 Dutch farms where the ferret-like animals are bred for their fur. Source: thehindu.com Related