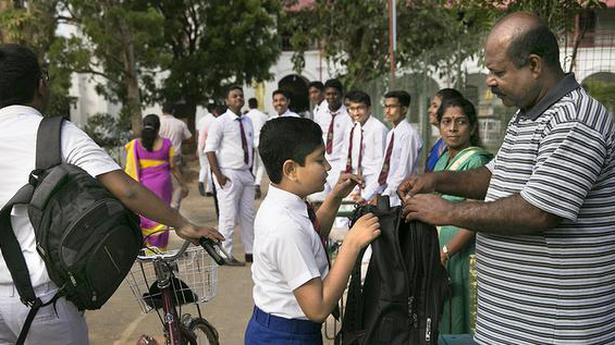 Sri Lanka’s Criminal Investigations Department (CID) has chanced upon LKR 140 million in cash and assets worth over LKR 7 billion that belonged to the suicide bomber squad believed to have carried out the Easter attacks, police said on Monday. Police spokesman Ruwan Gunasekara said the CID had confiscated part of the cash, while the remaining is in bank accounts maintained by suspects. The discovery comes as part of the ongoing investigation into the serial explosions, in which over 250 people died.

A fortnight after the coordinated blasts, security forces continued search operations and raids to eliminate any potential threat.

Meanwhile, in the first instance of violence reported since the blasts, a mob late on Sunday attacked homes and vehicles owed by Muslims in Negombo, some 40 km north of Colombo. The coastal town, among the targets on April 21, lost over a 100 people in the blast at its St. Sebastian’s church.

Following clashes on Sunday night, a police curfew was abruptly imposed as authorities feared overnight escalation of violence. The government briefly banned social media platforms, including Facebook and Whatsapp, as it did for days after the attacks. Two persons were arrested in connection with the incident. Following the development in Negombo, Cardinal Malcolm Ranjith, the head of Sri Lanka’s Catholic Church, appealed for calm. “I appeal to all Christians, Buddhists and Muslims to be patient, show restraint and ensure the peace we maintained after the Easter bombings,” he said. Many schools, which were closed following the Easter bombings, reopened on Monday, “to near-empty” classrooms, Reuters reported. Amid enhanced security checks at schools and persisting fear of possible repeat attacks, parents decided not to send their children to school. Heavy military presence was visible in the capital and across the island as Sri Lanka’s Muslims geared up for Ramzan.

Japan has raised its caution level about North Korea’s missile capability, saying in a defense report that the country resumed missile tests while taking no concrete denuclearization steps and had succeeded in making miniaturized warheads. The annual defense paper, approved on Friday by the Cabinet, underscores Japan’s fear of being targeted by its neighbor. Its […]

Spain’s daily death toll fell to 683 on Thursday, after rising for two days. The toll was down from 757 on Wednesday. The country, one of the worst hit by the pandemic, has now recorded 15,238 deaths. The number of daily new cases also dropped slightly, bringing the total to 1,52,446. Source: thehindu.com Related

A major 7.7 magnitude quake struck Tuesday in the Caribbean between Jamaica and Cuba, triggering a brief tsunami alert and sending hundreds of people pouring onto the streets of Havana. The tremors were felt as far as the U.S. mainland as police in Miami evacuated some buildings as a precaution. The U.S. Geological Survey said […]