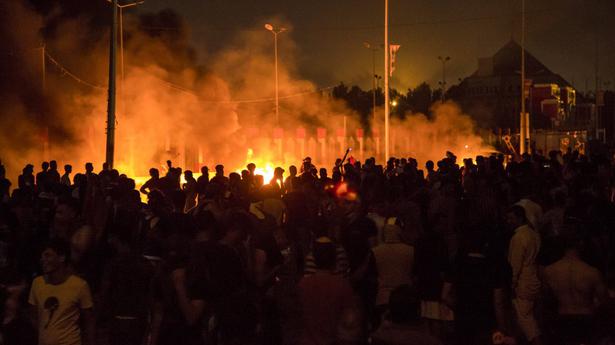 Eleven protesters died on October 25 while setting fire to the headquarters of a powerful armed faction in the southern Iraqi city of Diwaniyah, a security source told AFP.

The fire at the Badr organisation’s offices was the deadliest incident yet on October 25, when anti-government rallies resumed across the country.

The Iraqi Human Rights Commission said another 30 demonstrators died and more than 2,000 were wounded by gunfire and tear gas in protests in Baghdad and the country’s south.

The demonstrations represent a second phase of a week-long movement in early October demanding an end to corruption, unemployment and an overhaul of the political system.

Activists urged Iraqis to return to the streets on October 25, which marks a year since Prime Minister Adel Abdel Mahdi came to power.

“We’re not hungry —we want dignity!” a protester shouted in Baghdad.

Egypt confirmed on February 14 its first coronavirus case and said the affected person was a foreigner who had been put into isolation in hospital. The health ministry said in a statement it had immediately informed the World Health Organization (WHO) and had taken all necessary preventative measures. It did not give the nationality of […]

Gurdwara Sri Singh Sabha in Slough, part of Greater London, displays two huge Khalistan banners in its main hall. It is one of the main gurdwaras of the area that elected first turban clad Sikh MP of the Britain, Tanmanjeet Singh Dhesi. Speaking to India Today, the former president of the gurdwara, Joginder Singh Bal […]