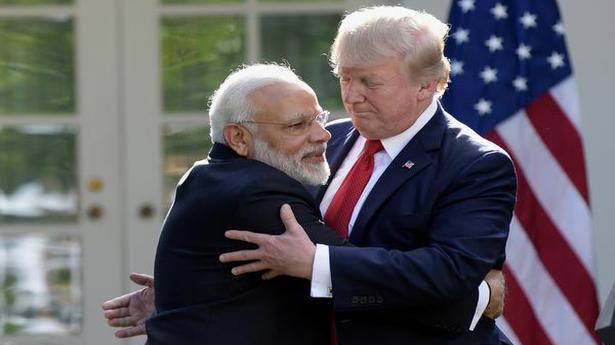 The government on Saturday exuded confidence that India and the U.S. would continue to work together for further growing ties following Washington’s decision to withdraw concessions under the Generalized System of Preferences. “In any relationship, in particular in the area of economic ties, there are ongoing issues which get resolved mutually from time to time, ” the Commerce Ministry said in a statement.

Parties in Tamil Nadu including the DMK on June 1 strongly opposed the continuation of the three-language formula proposed in the draft National Education Policy 2019 alleging it was tantamount to “thrusting” Hindi. The Tamil Nadu government said it would continue with the two-language formula, seeking to cool frayed tempers. Meanwhile, #StopHindiImposition, #TNAgainstHindiImposition trended on Twitter.

The latest study titled ‘Psychiatric Morbidity in Pellet Injury Victims of the Kashmir Valley’, conducted by the Department of Psychiatry, Government Medical College (GMC), Srinagar, has thrown a spotlight on hundreds of pellet victims that are now a part of Kashmir’s growing population living with anxiety and depression.

Bihar Chief Minister Nitish Kumar is set to expand his Council of Ministers on Sunday with the likely induction off our new Ministers from the Janata Dal(U), party officials said on Saturday. Earlier, Mr. Kumar called on Governor Lalji Tandon amid reports that he would expand his government to fill four ministerial berths, including the vacancies created by three Ministers who had resigned after being elected to the Lok Sabha last month.

“Often, there is a misconception in the international press, people getting the impression that Mr. Modi is looked at suspiciously because of this populist sweep. India is a complicated country and yes there are potential problems such as the fact that the hard Right will get energised, in such a situation, the government will have to deal with it firmly.”

The Mi-17 had crashed in an inhabited area and the Flight Data Recorder (FDR), commonly referred to as the black box and the most crucial thing in case of any air accident, was lost. It could not be traced and officials said it may have been taken away by civilians who thronged to the helicopter. The absence of the FDR has delayed the inquiry process.

Dreams of going abroad for a job took Masum Miah, a man from eastern Bangladesh, on a journey across the Mediterranean, a vast sea known for tourist romance on the one side and migrant deaths on the other. This dark chapter of Mr. Miah’s life slowly unfolded in Sylhet after a human trafficker started shadowing him with a promise to transport him to Italy, one of the gateways for illegal migrants to Europe. The cost of the illicit migration was 800,000 taka ($9,450 approximately).

He was fighting opponents, and himself too, in a silent campaign to live a dream. Something was happening to his body. “Not to the spirit,” Yuvraj Singh was to recount later, glancing at the picture in his drawing room of holding the World Cup, rejoicing with the team.

El Salvador’s Congress on Wednesday narrowly approved a controversial law intended to allow the prosecution of crimes committed during the country’s bloody civil war, although President Nayib Bukele said he would veto it. While proponents argue the law is meant to ensure that nobody receives an amnesty or pardon for their crimes during the civil […]

Biden snaps at questioner when asked about son

Democratic presidential candidate Joe Biden snapped at a questioner during a campaign event in Iowa on Thursday after the man asked about his son’s business dealings in Ukraine. “You’re a damn liar, man,” the former Vice-President said at the town hall in New Hampton, Iowa. After first saying that President Donald Trump is “messing around […]