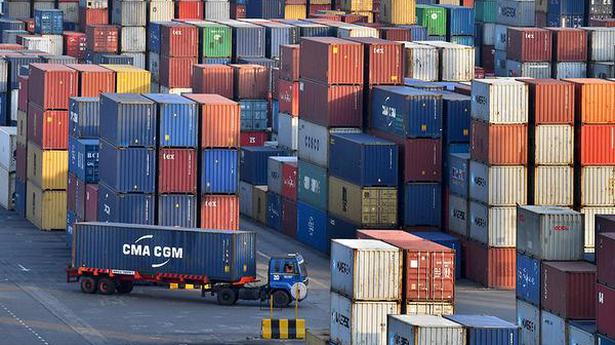 The Samajwadi Party-Bahujan Samaj Party alliance was put on hold in Uttar Pradesh after BSP chief Mayawati on Tuesday announced that her party would be contesting alone in all 11 seats in the upcoming Assembly bypolls.

The BSP chief cited “political compulsions” behind the move and claimed that the Yadavs had deserted the SP and hurt the alliance’s prospects.

As the Congress and its chief Rahul Gandhi take their time to carry out an “overhaul” of the organisation after the debacle in the Lok Sabha election, cracks within the party have begun to surface.

On Tuesday, former Leader of the Opposition in the Maharashtra Assembly and party veteran Radhakrishna Vikhe Patil resigned from the Congress amid rumours that he could be following his son, Sujay Vikhe Patil, to the BJP.

Anticipating trouble with the mandatory Hindi clause of the draft National Education Policy, all members of the committee which drafted it were asked to sign off on an alternative version even before the original draft was released, according to committee chairman K. Kasturirangan and senior officials at the Human Resource Development Ministry.

“All [committee members’] signatures are there on this version,” said a senior official closely involved with the preparation of the draft policy, disputing reports that two members of the committee — K.M. Tripathy and Ram Shankar Kureel — had disagreed with the changed language.

The Centre rejected a mercy petition moved on behalf of Bollywood actor Sanjay Dutt in December 2015, just two months before he was released for “good conduct” by the prison authorities in Maharashtra, documents accessed by The Hindu show.

Mr. Dutt was released in February 2016, eight months ahead of the completion of his five-year prison term.

The government has shown its commitment to its strategy of “Neighbourhood First” by inviting the leaders of neighbouring countries for the second time to Prime Minister Narendra Modi’s swearing-in ceremony on May 30. . The focus will continue this week when he makes his first visit in this tenure to the Maldives and Sri Lanka, something that has become tradition for all Indian Prime Ministers.

The obvious difference between Mr. Modi’s invitations to his taking office the first and second time is that in 2014 they went to the leaders of the eight-member South Asian Association for Regional Cooperation (SAARC), while in 2019 they went to leaders of the seven-member Bay of Bengal Initiative for Multi-Sectoral Technical and Economic Cooperation (BIMSTEC).

China warned its companies operating in the United States on Tuesday that they could face harassment from U.S. law enforcement agencies, as it also rebuffed U.S. criticism of a trade white paper as “singing the same old tune”.

Relations between the world’s two largest economies have nosedived in recent months due to a bitter trade war, U.S. sanctions against Chinese telecoms giant Huawei Technologies and U.S. support for Chinese-claimed Taiwan.

Communal violence targeting Muslims in Sri Lanka has regional and global security implications, envoys of the Organisation of Islamic Cooperation (OIC) countries in Sri Lanka have cautioned, urging the government to take “every measure necessary” to prevent such incidents.

“The developing situation over the past few days has been extremely worrying with regards to the safety and protection of the Sri Lankan Muslim community, including some foreign Muslim refugees. The lives and livelihoods of Muslims, including their local stores and large business establishments, are threatened by the prevailing conditions with unforeseen, dangerous consequences,” they said in a joint statement on Tuesday.

The new macroeconomic data released by the government last Friday, which showed joblessness for 2017/18 at 6.1%, a 45-year high was not factored into the World Bank Group’s June 2019 Global Economic Prospects (GEP) report, Ayhan Kose, Director of the Bank’s Global Prospects Group told The Hindu, during a briefing call with reporters.

“This data is rather new. Obviously we have not [taken] it into account … our cut off date for the data as we indicated in the report is May 23 [2019]. Having said that, India’s GDP growth slowed to 5.8% in the first quarter [of 2019] from 6.6% in the previous quarter,” Mr. Kose said. “Manufacturing activity and investment figures were weaker than expected.” This, Mr. Kose, said, was attributable to uncertainty in the run up to the elections and was “somewhat expected”.

Sri Lanka recovered from a dramatic batting collapse to knock over Afghanistan for 152 and seal a 34-run win for its first victory at the Cricket World Cup on Tuesday.

The Sri Lankans imploded from 144-1 to 201 all out in an innings delayed by nearly three hours because of rain at Sophia Gardens in the Welsh capital.

Trump steps up attack on black lawmaker, calls him ‘racist’

Facing growing accusations of racism for his incendiary tweets, President Donald Trump is seeking to deflect the criticism by labeling a leading black congressman as himself racist. In the latest rhetorical shot at non-white lawmakers, Mr. Trump said his weekend comments referring to Rep. Elijah Cummings’ majority-black Baltimore district as a “disgusting, rat and rodent […]

A gunman opened fire on Friday prayers at a mosque in New Zealand killing many worshippers and forcing the city of Christchurch into lockdown, in what looked set to be the country’s worst ever mass shooting. New Zealand media reported that between nine and 27 people were killed, but the death toll could not be […]

“What we are facing right now is the monsoon in Asia. We’re also looking forward, if you can put it that way, to a really bad hurricane season across the Caribbean.” Source: thehindu.com Related