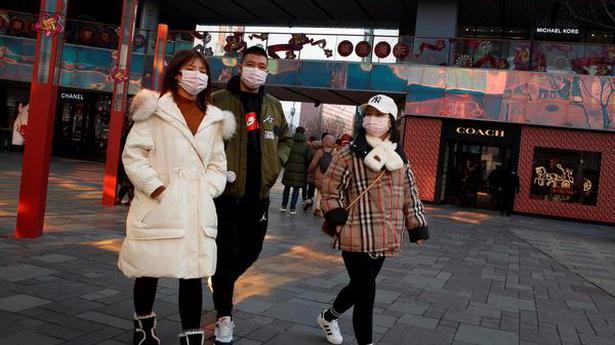 The number of reported deaths from a viral outbreak in China has risen to 54, with authorities in hard-hit Hubei province on Sunday reporting 13 new fatalities and 323 new confirmed cases.

India’s last Governor General Chakravarti Rajagopalachari spoke with restrained emotion of Jawaharlal Nehru and Sardar Patel in his parting speech. The spirit of the people of India is strong and if it stays non-violent and refuses to be co-opted by vested interests, it will make a difference that neither the protesting young nor the State can quite visualise.

Low-speed mobile internet was restored on Saturday in Kashmir after being snapped nearly six months ago, only to be “temporarily” suspended later in the evening, with officials saying the service would resume after the culmination of Republic Day celebrations. The service can only be used to access 301 websites approved by the administration, the officials said. “Mobile internet has been restored across the Valley. Only 2G services have been restored and only white-listed websites, excluding social media sites, can be accessed,” an official had said earlier in the day.

Brazil has agreed to bilateral talks with India on the thorny issue of sugarcane subsidies and pricing policies, according to an official spokesperson. However, despite Prime Minister Narendra Modi raising the issue with Brazilian President Jair Bolsonaro during their discussions on Saturday, diplomatic sources say that Brazil — the world’s largest sugar exporter — is not willing to withdraw its complaint against India at the World Trade Organisation (WTO).

Israeli aircrafts struck several sites for Gaza militants late Saturday in response to incendiary balloons launched from the Palestinian enclave. The Israeli military said the sites belonged to Hamas, the Islamic group ruling the territory, and included weapons manufacturing and intelligence-gathering facilities. There were no reports of injuries from the airstrikes in southern Gaza Strip.

It was the first day of defence arguments in President Trump’s impeachment trial as the Senate gathered for two quick hours in a rare Saturday session. The White House lawyers had said it would be a “sneak preview” of their defence, continuing Monday, and they spent the morning rebutting the House impeachment managers’ arguments by charging that they were politically motivated.

Boeing’s new long-haul 777X airliner made its first flight on Saturday, a step forward for the company whose broader prospects remain clouded by the 737 MAX crisis. The plane took off from a rain-slicked runway a few minutes after 10:00 am local time (1800 GMT), at Paine Field in Everett, Washington, home to Boeing’s manufacturing site in the northwestern United States. Weather conditions had already twice delayed the inaugural take-off of the plane, which sports blue and white company colours and is emblazoned with the Boeing name.

Wasim Khan, the Pakistan Cricket Board (PCB) chief executive officer, has rubbished reports claiming that Pakistan won’t send its team to India for the 2021 T20 World Cup if the BCCI doesn’t allow its team to tour Pakistan in the Asia Cup later this year. “This has been completely taken out of context. Even though we would still want to host the Asia Cup in Pakistan, the Asian Cricket Council needs to decide on what it will do about the matches involving India,” Khan told The Hindu from Lahore on Saturday.

India are unlikely to change a winning combination but a few changes in the bowling department won’t come as a surprise when the visitors take on New Zealand in the second T20 at the high-scoring Eden Park here on Sunday.

The number of COVID-19 cases in South Africa surged past the 5,000-mark on Thursday after it recorded the highest single-day jump, just a day before t Source: thehindu.com Related

He said the country would also push the use of renewable energy and nuclear power Source: thehindu.com Related