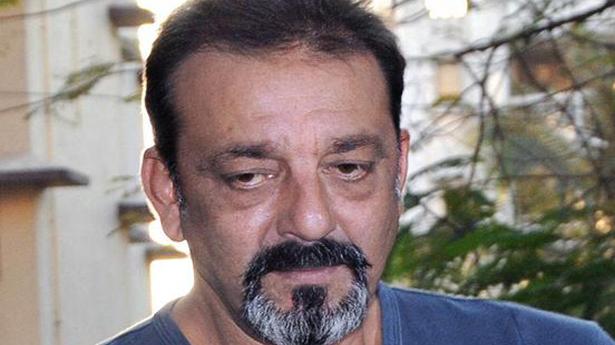 In a startling revelation, the Yerwada central prison authorities in Pune have said the Central Government was not consulted on granting remission of jail sentence to actor Sanjay Dutt, convicted in the Mumbai serial blasts case. He was sentenced to five-year imprisonment under the Arms Act, a central legislation and was granted remission on the grounds of “good conduct.”

Replying to questions filed under the Right to Information (RTI) Act by A.G. Perarivalan, a life convict in the former Prime Minister Rajiv Gandhi assassination case, the Deputy Superintendent of the prison said there was no record of any correspondence or file noting since the case did not pertain to “premature” release.

Even as normal life is limping back to normality in the districts ravaged by cyclone Fani on May 3, the Odisha government on Wednesday presented a preliminary report putting the losses at ₹11,942 crore.

The report was presented to the visiting inter-ministerial Central team assessing the cyclone damages. The cyclone affected 1.6 crore people in 18,388 villages and 51 towns in 14 districts of Odisha.

An encounter broke out between militants and security forces in Pulwama’s Dalipora area on Thursday morning.

“The exchange of fire is on in the area and militants, whose number is not known, are trapped,” said a police official.

The gunfight started when a team of security forces came under fire during a pre-dawn search and cordon operation from the hiding militants at Dalipora.

In an unprecedented move, the Election Commission of India on May 15 put a blanket ban on political parties from campaigning activities in the nine parliamentary constituencies of West Bengal in view of the “growing incidents of disruption and violence”, beginning 10 p.m. on May 16.

The decision came a day after violent clashes during a roadshow taken out by BJP chief Amit Shah in Kolkata, following which the party lodged a complaint with the poll panel. Trinamool Congress had also approached the Commission seeking intervention.

A global survey of recreational drug-use, which for the first time polled respondents from India, has found that Indians — more than from other nationalities — are seeking help to reduce their alcohol intake.

West Bengal Chief Minister Mamata Banerjee on Wednesday described the Election Commission of India’s decision to cut the campaigning in the State by a day as “unprecedented, unconstitutional, unethical and politically motivated” and accused the Commission of “working as per the instructions of the Bharatiya Janata Party (BJP).”

At least 12 people, including two Seema Shashastra Bal personnel, were injured in a grenade blast near a police checkpoint on Guwahati’s upscale Zoo Road on May 15 evening.

Eyewitnesses claimed the grenade was lobbed around 7:45 pm from an SUV that sped past the checkpoint near a shopping mall.

Uttar Pradesh continues to hold the key to political power in the country. The results for the 80 parliamentary seats in this keystone State will decide who governs India. Travelling through five districts of Awadh, including the VIP constituencies of Lucknow, Amethi and Rae Bareli, makes it amply clear that the Muslim vote will play a crucial role in the final outcome.

Chinese President Xi Jinping has promised “all possible assistance” to Sri Lanka — from defence cooperation to intelligence sharing — for the island’s efforts to “strengthen national security by wiping out terrorism”, according to sources here.

British Prime Minister Theresa May is set for a new political showdown in Parliament as MPs across the political spectrum expressed their intention to oppose her Brexit plans, when she attempts to gain their support through legislation set to be put to MPs in early June.

How likely is Donald Trump to get impeached?

The story so far: Even by the standards of his rambunctious term in office so far, U.S. President Donald Trump has found himself in the cross hairs of a political-existential challenge — the prospect that he might be the fourth American President in history to face impeachment proceedings, after Andrew Johnson in 1868 (violation of […]

The international community does have a role in diffusing tension in Kashmir and an India-Pakistan dialogue could help arrive at a solution akin to the Good Friday Agreement in Northern Ireland, which allows a level of free exchange on both sides of the border, opined strategic experts in London over the Kashmir crisis on Thursday. […]

Observance of Diwali in US important reminder of religious liberty: Donald Trump

Sending Diwali greetings to Hindus, Jains, Sikhs and Buddhists, President Donald Trump on Friday said that the observance of festival of lights throughout America is an important reminder of the significance of the country’s core tenets – religious liberty. A day earlier, Trump celebrated Diwali in the Oval Office with a small group of Indian-Americans. […]