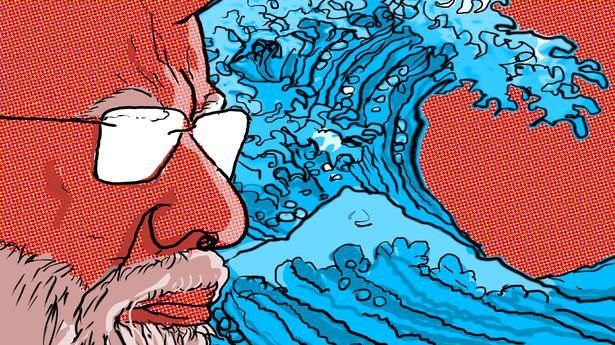 The general election of 2019 is also a story of the success of one strategy of alliance formation over the other.

The Kerala police have sounded a coastal alert following an intelligence report that 15 people with ties to the Islamic State (IS) have left Sri Lanka in a “white boat” bound for the Lakshadweep and Minicoy islands, 400 km off Kochi.

In a May 23 communiqué to his officers, Additional Director-General of Police, Coastal Security, Tomin Thachankery said the group had started its journey under “mysterious circumstances”. He directed the heads of 72 police stations that dot the 580 km coastline to step up vigil against any possible intrusion by “non-native” boats.

Sri Lankan authorities have nearly completed the investigation into the April 21 Easter terror attacks, according to a top source familiar with the probe.

A total of 69 key suspects have been arrested over the past four weeks. “We are looking for just two more of them in this connection. It appears that they are in Saudi Arabia,” the senior official told The Hindu on Saturday.

Prime Minister Narendra Modi on Saturday staked claim to form the next government after the NDA parliamentary party unanimously elected him as its leader.

At a meeting in the Central Hall of Parliament, Mr. Modi urged all NDA MPs to work in the spirit of inclusiveness and public service, namely “Sabka saath, sabka vikas aur sabka vishwas” [solidarity with everyone, development for all, with the trust of all].

Several documents were stolen in the break-in at the Indian Air Force (IAF) Rafale Project Management Team office in France last week, according to defence sources. However, a crucial hard disk was left behind by the culprits, who accessed three rooms.

“There were documents, disks with information and a crucial hard disk. The hard disk is intact,” a defence source told The Hindu. But it is unclear if the hard disk was accessed by the culprits, the source added.

Under overcast conditions, Trent Boult’s incisive swing bowling proved a tough test for the Indian top-order batsmen and the Men In Blue never recovered from the early collapse. They were shot out for 179 in 39.2 overs.

With the declaration of results of the Lok Sabha polls, the focus of Tamil Nadu politics has now turned to the Rajya Sabha elections scheduled for June.

The tenure of AIADMK MPs V. Maitrayen, R. Lakshmanan, T. Rathinavel and K.R. Arjunan, DMK MP Kanimozhi and CPI MP Raja will get over on July 24.

A member needs 34 votes to get elected to the Rajya Sabha and the current strength of the AIADMK will not allow it to elect four members. Thus the party will only be able to send three members to the Upper House.

South Korean director Bong Joon Ho’s Parasite, an audaciously original take on the sharp rich-poor divide and its shocking repercussions in the city of Seoul, bagged the Palme d’Or at the 72nd Cannes Film Festival on Saturday evening, while three of the four films by women directors in this year’s Competition also ended up among the awards.

Bong Joon Ho is the second Asian director in succession to win the Palme d’Or, after Japan’s Hirokazu Kore-eda, who won last year for the film Shoplifters.

Advocate Sanjiv Punalekar, national secretary of the Hindu Vidhidnya Parishad, an offshoot of the Hindu Janjagruti Samiti, and Vikram Bhave, who worked at Punalekar’s office, were arrested by the CBI here on Saturday in connection with the 2013 murder of rationalist Narendra Dabholkar.

Dr. Dabholkar was shot dead on August 20, 2013, in Pune by two bike-borne assailants.

Sources in the CBI, which took over the case, said they had found prima facieevidence of their involvement.

Naresh Goyal, promoter and former Chairman of Jet Airways, and his wife Anita Goyal were on Saturday prevented from travelling abroad. The couple was deplaned on instructions from the Immigration Department at the Mumbai airport on Saturday.

The incident took place at around 4 p.m. The couple had cleared immigration and the flight was close to the runway when they were asked to return.

The April 21 serial bombings in Sri Lanka not only shook the island, but also sparked considerable fear in South Asia, especially in neighbouring Maldives that is home to nearly 4,00,000 Muslims. Almost immediately after the Sri Lanka attacks, the island nation heightened security measures and began strengthening its response mechanisms to tackle a possible […]

The world was quickly approaching one million confirmed coronavirus cases on Wednesday as a six-week-old baby died in the United States in what was believed to be the pandemic’s youngest victim. Also read | COVID-19 worst crisis since World War II, says U.N. chief As governments expanded lockdowns that have affected half the planet, global […]