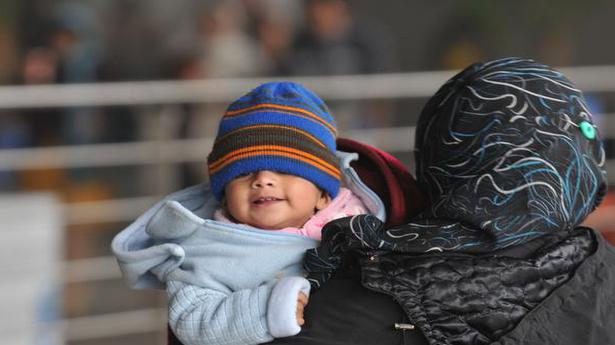 A Saudi Arabian Airlines flight had to turn back at the last minute because a passenger forgot her baby behind at the airport.

The flight to Kuala Lumpur returned to its gate at the King Abdulaziz International Airport in Jeddah, Saudi Arabia, after the panicked woman alerted the cabin crew that she forgot to bring her child on board, Telegraph.uk reported on Monday.

A video clip of the pilot requesting permission from the Air Traffic Control is going viral on the social media. He is heard murmuring: “May God be with us. Can we come back or what?”

“Ok, head back to the gate. This is totally a new one for us!” one of the surprised controllers can be heard saying.

It is unclear whether the plane was already in air or if the flight had not yet taken off.

Dutch doctor secretly fathered 49 children, used to replace sperm of donors with his own

A Dutch doctor has been caught in the middle of an IVF scandal that revealed he secretly fathered at least 49 children, using his sperm instead of the probable donors, an organisation that represented parents and children born in the Dutch doctor’s now-closed clinic in Rotterdam said. Dr Jan Karbaat, who died in 2017, used […]

US asked for proportionate response to general’s killing, says Iran

Jeff Bezos’s girlfriend forwarded their personal chats to her brother who leaked them: Report

Days after The Guardian claimed Amazon chief and Washington Post owner Jeff Bezos’s mobile phone was hacked by Saudi Arabian prince in 2018, a new report has revealed that his girlfriend, Lauren Sanchez, was behind leaking their personal chats to her brother who then sold them to the National Enquirer. The National Enquirer then reportedly […]