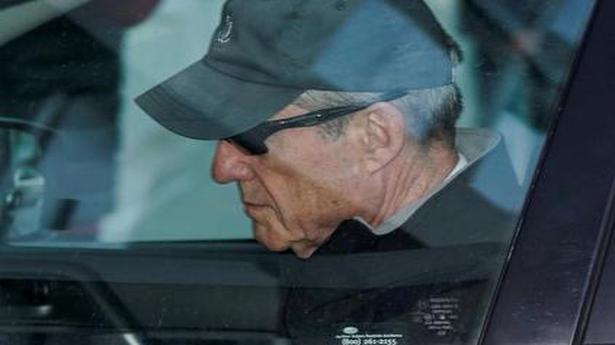 U.S. Attorney General William Barr on Thursday said that the investigation by special counsel Robert Mueller found “no evidence” of collusion between the Trump campaign and the Russian government during the 2016 US presidential elections.

Addressing the media at the Department of Justice here, Mr. Barr said Mr. Mueller investigated a number of links or contacts between Trump Campaign officials and individuals connected with the Russian government.

“After reviewing those contacts, the special counsel did not find any conspiracy to violate US law involving Russia-linked persons and any persons associated with the Trump campaign,” Mr. Barr said.

He, however, said the Russian government sought to interfere in U.S. election process.

“Crimes were committed by Crooked, Dirty Cops and DNC/The Democrats,” tweeted Trump, who refers his election rival and former secretary of state Hillary Clinton as “Crooked”.

There is no greater threat to human rights than terrorism: U.S. Commission on Kashmir told

There is no greater threat to human rights and civil liberties than terrorism and radical extremism, a prominent American organisation representing Kashmiri pandits have told a U.S. Congressional Commission, asking it not to be hijacked by politically motivated witnesses. In a statement for record for Tom Lantos Human Rights Commission, the Kashmiri Overseas Association (KOA) […]

Malaysian Prime Minister Mahathir Mohamad said on Tuesday he would not retract his criticism of New Delhi’s actions in Kashmir even though Indian traders have urged a boycott of Malaysian palm oil. The impasse could exacerbate what Mahathir described as a trade war between the world’s second biggest producer and exporter of the commodity and […]

Vietnam hopes for Chinese restraint in South China Sea in 2020

Vietnam said it hoped China would show restraint in the South China Sea next year after a Chinese oil survey vessel and its escorts spent months within Vietnam’s exclusive economic zone in what Hanoi called a blatant violation of its sovereignty. Vietnam, the region’s most forceful challenger of China’s extensive maritime claims to the busy […]