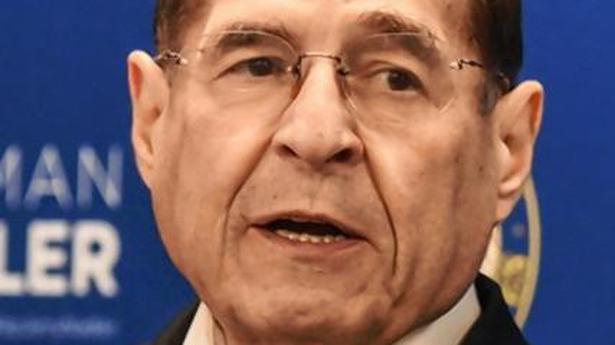 Congressional Democrats on Friday took a legal step to see all of U.S. Special Counsel Robert Mueller’s evidence from his inquiry into Russian interference in the 2016 election, as they consider how to use the probe’s findings against President Donald Trump.

U.S. House of Representatives Judiciary Committee Chairman Jerrold Nadler, a Democrat, issued a subpoena to the Justice Department to hand over the full report by Mr. Mueller, saying he cannot accept a redacted version released on Thursday that “leaves most of Congress in the dark.”

“My committee needs and is entitled to the full version of the report and the underlying evidence consistent with past practice. The redactions appear to be significant. We have so far seen none of the actual evidence that the Special Counsel developed to make this case,” Mr. Nadler said in a statement.

The report provided extensive details on Mr. Trump’s efforts to thwart Mr. Mueller’s investigation, giving Democrats plenty of political ammunition against the President but no consensus on how to use it.

The 448-page report painted a clear picture of how Mr. Trump had tried to hinder the probe but did not conclude that he had committed the crime of obstruction of justice, although it did not exonerate him.

The report blacked out details about secret grand jury information, U.S. intelligence gathering and active criminal cases as well as potentially damaging information about peripheral players who were not charged. Half a dozen former Trump aides were charged by Mr. Mueller’s office or convicted of crimes during the 22-month-long investigation.

The Democrats’ subpoena gives U.S. Attorney General William Barr until May 1 to produce the materials requested.

Democratic leaders played down talk of impeachment just 18 months before the 2020 presidential election, even as some prominent members of the party’s progressive wing, most notably Representative Alexandria Ocasio-Cortez, promised to push the idea.

Former FBI Director Mueller also concluded that there was not enough evidence to establish that Mr. Trump’s campaign engaged in a criminal conspiracy with Moscow to sway the 2016 election.

House Democratic leader Steny Hoyer on Thursday advised against an immediate attempt to impeach Mr. Trump. “Based on what we have seen to date, going forward on impeachment is not worthwhile at this point. Very frankly, there is an election in 18 months and the American people will make a judgment,” Mr. Hoyer told CNN.

Mr. Nadler told reporters on Thursday that Mr. Mueller probably wrote the report with the intent of providing Congress a road map for future action, but the congressman said it was too early to talk about impeachment.

Mr. Trump, who has repeatedly called the investigation a political witch hunt, lashed out again on Friday. “Statements are made about me by certain people in the Crazy Mueller Report… which are fabricated & totally untrue,” Mr. Trump tweeted. He seemed to be referring to former White House counsel Don McGahn, who was cited in the report as having annoyed Mr. Trump by taking notes of his conversations with the President. “Watch out for people that take so-called notes, when the notes never existed until needed.”

Mr. Trump wrote: “It was not necessary for me to respond to statements made in the Report about me, some of which are total bullshit & only given to make the other person look good (or me to look bad).”

Syrian government and Russian air strikes killed at least 17 people on December 17 in rebel-held northwestern Syria in a spike in casualties from relentless daily strikes in recent months, witnesses and rescuers said. The northwest corner of the country, including the Idlib region, is the last significant swathe of Syrian territory still in insurgent […]

A Democratic-controlled U.S. House of Representatives committee approved charges of abuse of power and obstruction against Republican President Donald Trump on Friday, making it almost certain he will become the third American president in history to be impeached. A deeply divided House Judiciary Committee voted 23-17 along party lines to approve an article of impeachment […]