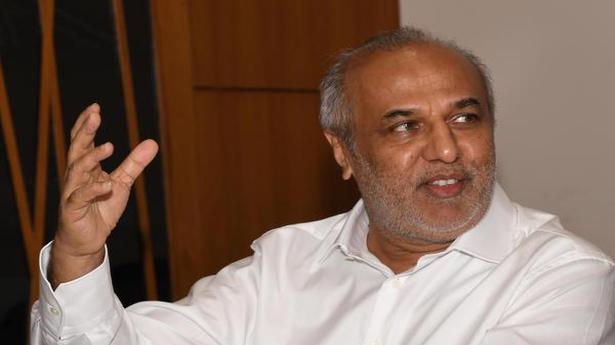 Four Sri Lankan Muslim Ministers, who resigned following the Easter Sunday bombings that killed 258 people, have rejoined the government after investigators found no link in their alleged involvement with a local islamist extremist group.

Along with them, two more Muslims, a State Minister and a Deputy Minister rejoined the government.

The Ministers were among nine government legislators, several of them Cabinet Ministers, who resigned in early June after a Buddhist lawmaker demanded their sacking and accused them of terror links.

Mr. Badiyudeen was targeted by the Opposition which demanded his resignation over his alleged close links to local Islamist extremist group National Thawheed Jammath (NTJ).

Nine suicide bombers attacked three churches and as many luxury hotels on April 21 in one of Sri Lanka’s worst terror attacks, killing 25 people and injuring hundreds others. The ISIS terror group claimed responsibility for the attacks, but the government blamed the NTJ for the bombings.

“We want the government response to the issues faced by the Muslim community,” said Mr. Hakeem on his return. The Opposition said they again would move a no trust motion against Mr. Badiyudeen.

“We will present the no confidence motion against Badiyudeen,” said Shehan Semasinghe, an Opposition legislator.

Prime Minister Ranil Wickremesinghe said since police investigations against the Muslim Ministers over their alleged links to NTJ had drawn a blank, they were free to re-join the government.

In the wake of the bombings, the majority Sinhala community mobs attacked Muslim-owned properties in towns north of the capital killing one Muslim man and leaving hundreds of homes, shops and mosques vandalised.

The Muslim Ministers quit their posts after two Muslim Provincial Governors resigned following protests by thousands of people, including majority Buddhist community monks, in the pilgrim city of Kandy.

They demanded their sacking for allegedly supporting Islamist extremists responsible for the Easter suicide bombings.

A Pakistani anti-terrorism court on Wednesday handed down death sentence and 300 years imprisonment to three terrorists of the banned Jamaat-ul-Ahrar for their involvement in the 2014 Wagah border bombing that killed over 60 people. Wagah is a village located in Lahore, Pakistan’s Punjab province and Attari in India’s Punjab state along the Indo-Pak border. […]

Australia calls for probe into response

Australia on Sunday called for an independent investigation into the global response to the COVID-19 pandemic, including the World Health Organization’s handling of the crisis. Foreign Minister Marise Payne said the country would “insist” on a review that would probe, in part, China’s early response to the outbreak in Wuhan, the city where COVID-19 emerged […]