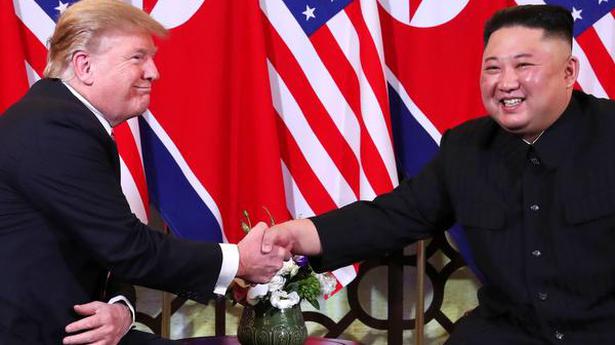 U.S. President Donald Trump said on Saturday that North Korea does not have any economic future with nuclear weapons as the Pentagon confirmed that the United States and South Korea had agreed to end joint large scale spring military exercises.

According to a statement, acting Pentagon Chief Patrick Shanahan spoke with his South Korea counterpart on Saturday and they agreed to adapt their training programmes. The two “made clear that the Alliance decision to adapt our training programme reflected our desire to reduce tension and support our diplomatic efforts to achieve complete denuclearisation of the Korean Peninsula in a final, fully verified manner,” the Pentagon said.

In charts: U.S. withdrawal of trade concessions to India

The U.S. government has decided to withdraw trade concessions granted to India under the Generalised System of Preferences (GSP). The programme, which allows duty-free entry for certain products into the U.S. market, has benefited both countries, as shown by the growing volume of trade over the years. India exported goods worth $6.2 bn in 2018 […]

Philippines President Rodrigo Duterte has ordered tonnes of garbage dumped in the Philippines years ago to be shipped back to Canada, his spokesman said on Wednesday, escalating a festering diplomatic row. Mr. Duterte’s spokesman also warned that if Ottawa would not formally accept the shipment of trash, it would be dumped inside Canada’s territorial waters. […]