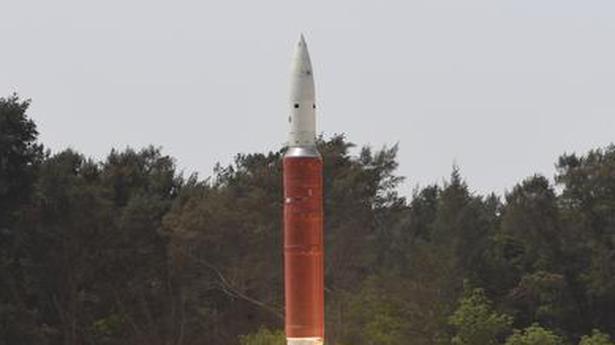 Apparently under prodding from the White House, NASA has said it will continue to cooperate with the ISRO, days after the US space agency’s chief criticised India and termed its anti-satellite weapon test a “terrible thing” for creating about 400 pieces of orbital debris.

In a letter to ISRO Chairman K Sivan, NASA Administrator James Bridenstine said: “based on the guidance received from the White House”, he looks forward to continuing to work with ISRO on a host of issues including human space flights.

In his letter, Mr. Bridenstine says he recently wrote to ISRO about the suspension of cooperation on human space flight.

“Recently, we sent you a letter indicating a suspension of activities under the NASA-ISRO Human Space Flight Working Group,” he wrote.

From the April 4 letter, it appears that after the White House weighing in, the cooperation remains intact.

The letter comes days after NASA chief Mr. Bridenstine in a town hall meeting criticised India’s anti-satellite missile (ASAT) test because of the debris it generated in the space and its potential threat to the International Space Station.

“The anti-satellite weapons test by India last week has resulted in about 400 pieces of orbital debris,” he said on April 1, adding “that is a terrible, terrible thing to create an event that sends debris and an apogee that goes above the International Space Station”.

“As we made clear, space debris is a serious issue for the United States. As it is a growing threat, it is the responsibility of all nations who operate in space,” Bridenstine said in his letter, a copy of which has been seen by PTI.

“We will continue to monitor the remaining debris from your test as it relates to the safety of our human spaceflight activities especially at the International Space Station,” wrote the NASA Administration, according to the letter.

Prime Minister Narendra Modi announced on March 27 that India had achieved a “historic feat” by shooting down its own low-orbit satellite with a ground-to-space missile, making the country a “space power”.

Only three other countries – the US, Russia and China – have anti-satellite missile (ASAT) capabilities.

Renewed clashes broke out in Hong Kong on Saturday night as police used water cannon and tear gas to disperse protesters hurling Molotovs and bricks after tens of thousands rallied peacefully in a nearby park. Huge crowds had gathered to mark the fifth anniversary of the “Umbrella Movement”, the failed pro-democracy campaign that laid the […]

Coronavirus: Trump to look into legislation proposing sanctions on China

The coronavirus, which first emerged in China’s Wuhan city last year, has claimed nearly 3,00,000 lives and infected over 4.3 million people across the world so far. The US alone has recorded close to 85,000 COVID-19 deaths. Source: thehindu.com Related