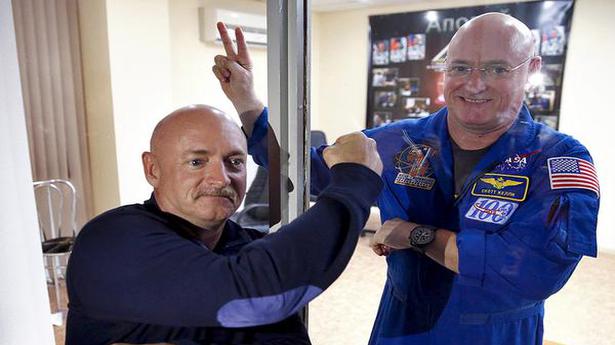 A NASA study of a U.S. astronaut who spent a year in space while his twin brother remained on the earth is providing insights into the effects of spaceflight on the human body, researchers said on Thursday.

The researchers who carried out the “NASA Twins Study” found that most of the changes to Mr. Scott’s body during his time in space returned to normal within months of his return to the earth — although not all of them. The findings, published in the journal Science, were encouraging to scientists and engineers envisioning interplanetary travel such as an eventual trip to Mars, a mission that could last two to three years.

“The study is the most comprehensive review of the response of the human body to spaceflight ever conducted,” said Dr Susan Bailey of Colorado State University.

Dr Steven Platts, deputy chief scientist of NASA’s Human Research Program, said it will “guide future biomedical space research and allow us to have a safer journey to and from Mars.”

Using Mr. Mark as a baseline, 84 researchers at 12 universities documented the molecular, cognitive and physiological effects of Mr. Scott’s year in space.

Dr Michael Snyder of Stanford University said there are “thousands of gene and molecular changes that occur as someone goes in space. Virtually all of those returned to normal (in Scott) by six months,” Mr. Snyder said.

“Our main findings in Mr. Scott were that the carotid artery wall became thicker early in flight and remained so throughout the mission,” Dr. Stuart Lee of NASA’s Johnson Space Center said.

Mr. Mark did not have any such thickening.

Mr. Scott lost 7% of his body mass during his time on the ISS, possibly due to poorer nutrition in space and a lack of exercise, while Mr. Mark gained about 4%.

In one test, flu vaccination delivered a similar immune response in them .

Cognitive tests before, during and after the flight found that Mr. Scott’s cognitive performance declined post-flight in terms of speed and accuracy.

A Syrian was killed and another was wounded in a rare clash on Wednesday between American troops and a group of government supporters, who tried to block a U.S. convoy driving through a village in northeastern Syria, state media and activists reported. He was among residents who had gathered at an Army checkpoint, pelting the […]

The amended Citizenship law along with a National Register of Citizens (NRC) being planned by the Narendra Modi government “may affect the status” of Muslim minority in India, a report by the Congressional Research Service (CRS) has said. The December 18 report also said that for the first time in independent India’s history, a religious […]

What 1.1 million foreign students contribute to the U.S. economy?

The Trump administration said on Monday that foreign university students will have to leave the country if their classes are all taught online – cloud Source: thehindu.com Related