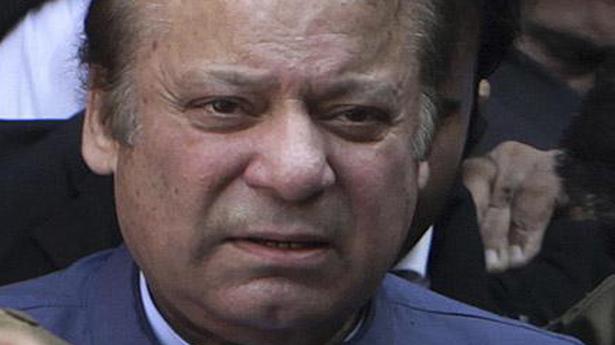 Ousted Pakistan prime minister Nawaz Sharif, who was released from a high-security jail here for six weeks on medical grounds, has been advised “complete rest” by doctors after increase in angina pain and kidney complications.

Sharif, 69, was released from the Kot Lakhpat jail here on Tuesday night after the Supreme Court granted him bail for six weeks to obtain medical treatment within the country.

He was lodged in the Kot Lakhpat jail since December last year, serving a seven-year imprisonment in the Al-Azizia Steel Mills corruption case.

Doctors at the Sharif Medical City (SMC), which was set up nearly two decades ago by the former prime minister’s family, examined the three-time premier on Thursday and advised him complete rest .

According to sources, Sharif might not meet PML-N leaders owing to his health condition.

Perhaps, no political activity will be arranged at Jati Umra residence till Sharif’s health improves, they said.

The National Accountability Bureau filed three corruption cases against Sharif on the orders of the Supreme Court following the publication of the Panama Papers.

Sharif, his daughter and son-in-law retired captain Mohammad Safdar were granted bail in September last year in the Avenfield properties case that involved buying of four luxury flats in London through fraudulent means.

He was acquitted in December last year in the Flagship Investments corruption case in the high profile Panama Papers scandal.

The largest US demonstration appeared to be in Washington, where streams of protesters flooded streets that were closed to traffic. Source: thehindu.com Related

Thousands of New Zealanders marched peacefully on Monday amid protests in the U.S. and around the globe decrying how Floyd, a black American, died in police custody last week. Source: thehindu.com Related

North Korea says it has no plans for talks with U.S.