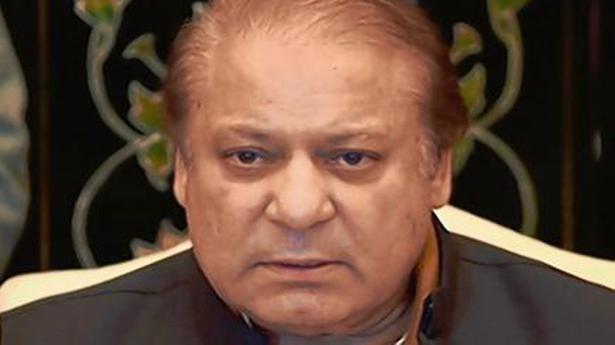 The family of former Pakistani Prime Minister Nawaz Sharif are trying to get a travel ban against him lifted so that he can go abroad for medical treatment, one of his close aides said on Friday.

Mr. Sharif, Pakistan’s longest-serving premier, was ousted from his third term in office in 2017 and later imprisoned on corruption charges.

But his health has deteriorated in prison. Last month, he suffered a minor heart attack, his party said, adding that he is suffering from an autoimmune blood disorder.

Mr. Sharif also suffers from high blood pressure and his kidney functions are deteriorating, according to aides.

His doctor has claimed via Twitter that Mr. Sharif is “fighting for his life”.

Mr. Sharif has been bailed for health reasons and remains at a hospital in the eastern city of Lahore, but a ban remains in place forbidding him from travelling abroad.

“The family of the former Prime Minister on Thursday formally approached the Interior Ministry asking the government to allow Mr. Sharif to travel abroad for medical treatment,” a Sharif aide told AFP on condition of anonymity.

Interior Ministry officials did not immediately respond to requests for comment. A senior government official said the issue was being referred to the Cabinet.

White House hopefuls Bernie Sanders and Michael Bloomberg could hardly be more different in their politics, but in one striking way they share a similarity marking a milestone in U.S. presidential campaigning: both men are Jewish. Should Senator Sanders, the progressive torchbearer and current Democratic frontrunner, or centrist billionaire Bloomberg, who is polling in third, […]