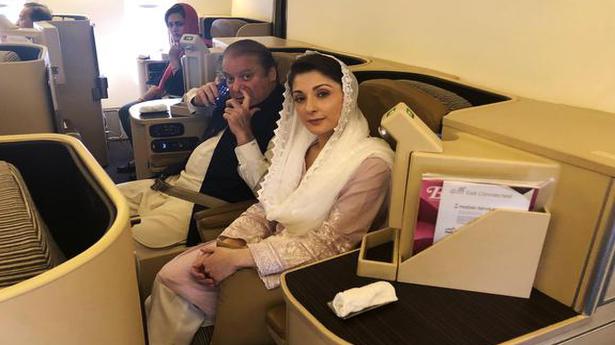 Former Pakistan Prime Minister Nawaz Sharif’s condition had deteriorated in jail due to a kidney disease, a day after his family met him and expressed concern over his health, Pakistan media reported on Sunday.

The Pakistan Muslim League-Nawaz (PML-N) supremo’s daughter Maryam Nawaz tweeted about his worsening health on Saturday after she along with his personal physician Adnan Khan visited Sharif at the Kot Lakhpat jail here on receiving permission from the country’s interior ministry, according to The Express Tribune newspaper.

After meeting her father, Ms. Maryam tweeted that his kidney disease had reached the third stage and he felt pain in his arm.

“The blood tests done yesterday reveal a further raise in his creatinine levels which means his kidney function has deteriorated. His kidney disease is already at stage 3. The pain in the flanks persists,” Ms. Maryam tweeted.

She also said that a letter had been written to the additional chief secretary to request him for a medical specialist to be sent to jail to diagnose Mr. Sharif’s disease and treat the problem in the presence of his personal physician, the newspaper reported.

The duo met Mr. Sharif for two hours during which the leader informed them that his blood samples had been taken and he had been informed about the reports. He also told them about his kidney ailment.

The workers also stopped a passenger train by blocking a nearby track, mounted its engine and shouted slogans in favour of their leader. They cleared the tracks after police reached the scene.

The National Accountability Bureau filed three corruption cases against Mr. Sharif on the orders of the Supreme Court following the publication of Panama Papers.

He was acquitted in December last year in the Flagship Investments corruption case.

Japan on Friday reported 41 new cases of a virus on a quarantined cruise ship and turned away another luxury liner while the death toll in mainland China rose to 636, including a doctor who got in trouble with authorities in the communist country for sounding an early warning about the disease threat. Following an […]

At least 205 people have been killed and 913 others wounded in the armed conflict between Haftar’s Libyan National Army and the Libyan armed forces for the control of country’s capital Tripoli. The World Health Organisation in Libya wrote on their official Twitter handle, “Toll for armed conflict in #Tripoli is 205 dead and 913 […]