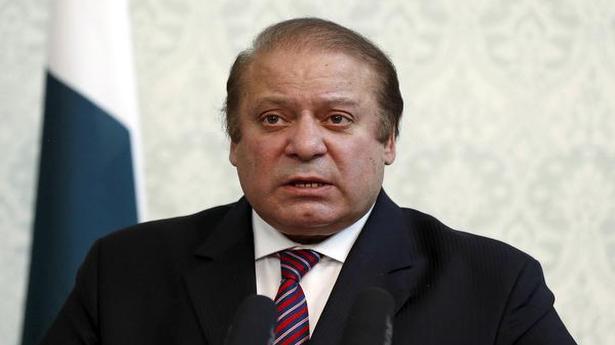 Begum Akhtar was not well for the last one month or so, according to the Pakistan Muslim League-Nawaz (PML-N) party sources.

She had travelled to London in February last and had been living with Nawaz Sharif and her grandchildren.

Mr. Tarar said the body of Begum Akhtar is likely to be brought back to Lahore on November 23 and buried next to the grave of her husband Mian Sharif at the Jati Umra Raiwind residence of the Sharif family.

Mr. Tarar said an application is being filed with the authorities concerned for the release of Nawaz Sharif’s younger brother and PML-N president Shahbaz Sharif on parole to attend the last rites of his mother.

PML-N supreme leader Nawaz Sharif, who has been declared ‘absconder’ by a Pakistani court, is unlikely to return to the country to attend the last rites of his mother.

“Nawaz would attend funeral prayers of his mother in London before the body is taken to Lahore,” a senior PML-N leader told PTI. He said that Nawaz Sharif is undergoing treatment related to small stones in his kidney at the moment. “He will return to the country once he gets fully well,” he said.

Nawaz Sharif had left for London in November 2019 after the Lahore High Court granted him a four-week permission to go abroad for treatment. He had submitted an undertaking to the court to return to Pakistan citing his record of facing the law and justice within four weeks or as soon as he is declared healthy and fit to travel by doctors.

He was also given bail in the Al-Azizia Mills corruption case in which he was serving a seven-year prison sentence in Lahore’s Kot Lakhpat Jail.

The US on Thursday announced sanctions against South Africa’s high-profile Indian-origin Gupta family for running a “significant corruption network” that leveraged its political connections to engage in bribery, capture government contracts and misappropriate state assets. Among those specifically named in the US Treasury Department’s designation include Ajay Gupta, Atul Gupta, Rajesh Gupta, and their associate […]

U.S. President Donald Trump on Thursday joked about a “Russia room” inside the White House after a visiting Russian envoy told him that during a tour of the building, he came across a China room but not one named after his country. The lighter exchange between Mr. Trump and the Russian envoy happened during a […]