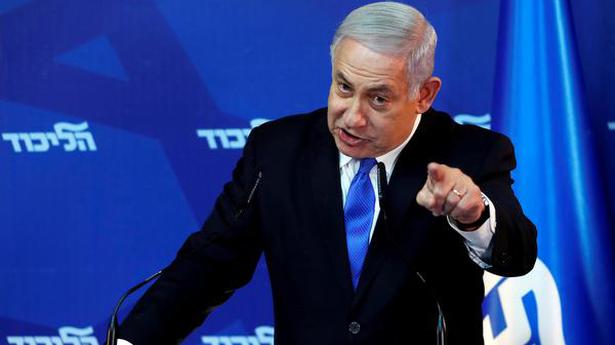 Israeli Prime Minister Benjamin Netanyahu has pledged to annex settlements in the occupied West Bank if he wins Tuesday’s elections, a deeply controversial move that could prove to be the death knell for the two-state solution.

His comments late on Saturday, just days before the closely-fought April 9 poll, could be seen as an appeal to right-wing voters who do not believe in the feasibility of a peace agreement with the Palestinians. “I will apply (Israeli) sovereignty, but I don’t distinguish between settlement blocs and isolated settlements,” he said in an interview with Channel 12 television. He did not provide details on how quickly he planned to move ahead with it and whether it would involve all settlements.

If done on a large-scale, annexation could end already fading hopes for a two-state solution with the Palestinians.

Settlements built on land occupied by Israel in the 1967 Six-Day War are deemed illegal by the international community and their ongoing construction is seen as a major barrier to peace. Senior Palestinian official Saeb Erekat said Mr. Netanyahu’s statement on annexation was “not surprising.” “Israel will continue to brazenly violate international law for as long as the international community will continue to reward Israel with impunity, particularly with the Trump administration’s support,” he said on Twitter.

In an interview broadcast Friday, Mr. Netanyahu said he told U.S. President Donald Trump he would not remove settlements or people as part of a future American peace plan. “I said there shouldn’t be the removal of even one settlement” from the West Bank, Mr. Netanyahu told Israel’s Channel 13 television.

Britain’s Queen Elizabeth II on Monday agreed to offer Prince Harry and his wife Meghan Markle a “period of transition” during which the couple can divide their time between the UK and Canada. After her first face-to-face talks with her grandson and senior members of the royal family at the 93-year-old monarch’s Sandringham estate in […]