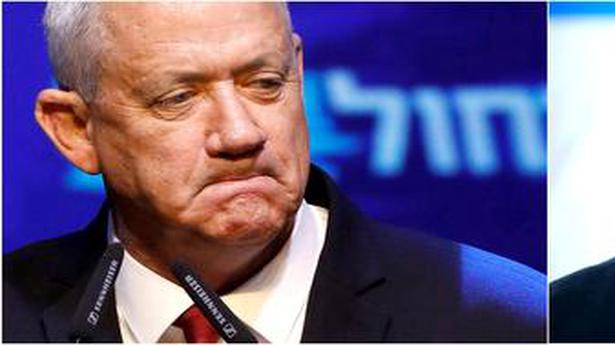 Israeli Prime Minister Benjamin Netanyahu will make a final effort this week to salvage a deal from talks to form a unity government with his centrist election rival Benny Gantz, he said on September 29.

An inconclusive ballot on Sept. 17, the second this year, has created a political deadlock and left Israel’s longest-serving prime minister weakened.

With neither party leader appearing able on his own to put together a coalition with a ruling majority, Israel’s president on September 25 tasked Mr. Netanyahu with forming the next government in the hope of securing a power-sharing deal between the Blue and White party and Likud.

If Mr. Netanyahu fails to clinch a deal, President Reuven Rivlin is then likely to ask Mr. Gantz to try to form a government, though he, like Netanyahu, also has no clear path to power.

The parties’ negotiators met on Friday without success, with each side blaming the other for the stalemate. Likud said Mr. Netanyahu then telephoned Mr. Gantz and the two men would probably meet on October 2 after another round of talks.

“Prime Minister Netanyahu is making a last effort to bring about a breakthrough in the talks for a unity government,” Likud’s spokesman said.

The Blue and White party said it would spare no effort to form “a broad, liberal, unity government”.

In a video posted on Twitter, Mr. Netanyahu said there was no other solution than for him to serve first as prime minister and Mr. Gantz to serve second within a unity government.

Mr. Gantz, however, has pledged not to serve in a government under a premier facing criminal charges. His party has accused Likud of stalling in the talks in the hope of triggering yet another election.

Mr. Netanyahu, for his part, has said that the Blue and Whites were trying to instigate a coup within Likud that would see the party join a unity government with the Blue and White party after casting aside its veteran leader.

Israels attorney-general is due to hold a pre-trial hearing this week on his announced intention to indict Mr. Netanyahu on fraud and bribery charges in three corruption cases.

Mr. Netanyahu, who says he is a victim of a political witchhunt, can argue at the session against prosecution.

Gotabaya Rajapaksa, opposition candidate in Sri Lanka’s presidential contest, on Sunday emerged winner securing 52.25 % of the mandate, and marking the return of the Rajapaksa family to power. Mr. Rajapaksa beat the incumbent government’s candidate Sajith Premadasa — who got nearly 42 % of the vote share. Mr. Rajapaksa will be sworn in as […]

A man’s life was in danger after he was stabbed near British government offices in central London on August 15. Police said they were called to Marsham Street where the Home Office (Interior Ministry) is located after a man armed with a knife was reported. They found a man with knife injuries which were being […]

U.S. pitches for free and open Indo-Pacific in ASEAN Summit