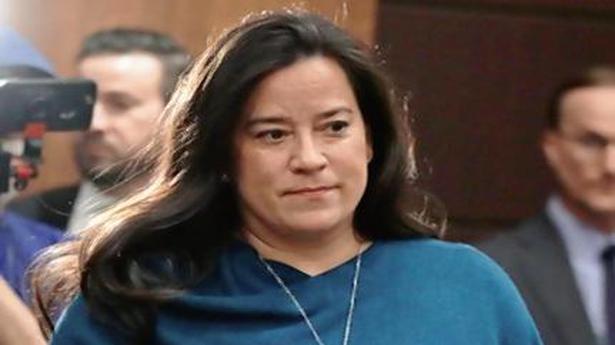 A political meddling scandal threatening Prime Minister Justin Trudeau’s re-election bid was given fresh impetus on Friday with the release of messages and a secret recording supplied by his former Attorney-General.

In the 43 pages of documents, Jody Wilson-Raybould seeks to link her demotion to another portfolio in January to her resistance to allegedly undue pressure to settle the SNC-Lavalin case — which Mr. Trudeau and his staff have denied.

And she hints about why, a month later, she resigned from Cabinet, saying she had decided “that I would immediately resign if the new Attorney-General decided to issue a directive in the SNC-Lavalin matter.”

Montreal-based SNC-Lavalin was charged in 2015 with corruption over alleged bribes paid to secure contracts in Libya.

Ms. Wilson-Raybould refused to ask prosecutors to settle, and the trial is set to proceed.

Israeli aircrafts struck several sites for Gaza militants late Saturday in response to incendiary balloons launched from the Palestinian enclave. The Israeli military said the sites belonged to Hamas, the Islamic group ruling the territory, and included weapons manufacturing and intelligence-gathering facilities. There were no reports of injuries from the airstrikes in southern Gaza Strip. […]

At least 48 people have been killed in Mozambique and 39 in neighbouring Zimbabwe after tropical cyclone Idai tore through the two southern African countries, officials and media said on Sunday. Dozens of others are missing after the storm brought strong winds, heavy rains and flash flooding. Mozambique’s state-owned Jornal Domingo newspaper reported 48 people […]

China on Friday said its ties with India had a “bright future” and they were preparing for a summit between their leaders as a follow-up to last year’s two-day across-the board Wuhan informal summit between President Xi Jinping and Prime Minister Narendra Modi. At a press conference on a three-day Belt and Road Forum for International […]