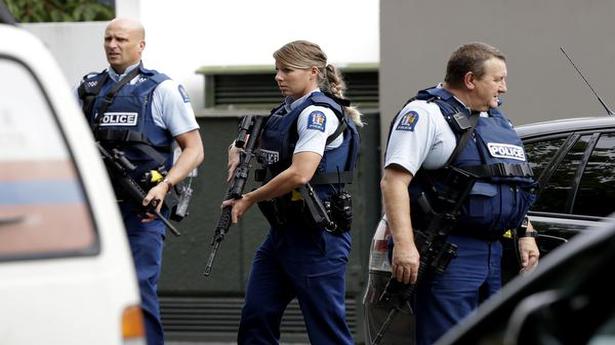 India’s High Commission is ascertaining details of Indians being affected in the attacks amid reports that nine Indians were missing.

External Affairs Ministry Spokesperson Raveesh Kumar said the High Commission was in touch with authorities. India on Friday said that it was following the due process before announcing the number of Indian-origin persons among the victims. “It is a highly sensitive issue and we are following certain protocol and that is why we are not putting out any number yet,” said a source.

An unverified Twitter account of India’s High Commissioner in New Zealand Sanjiv Kohli had earlier tweeted that there are nine missing persons of Indian nationality/origin. However, when asked about the unconfirmed reports suggesting that nine Indians are missing after the shootings, a Indian High Commission official in Wellington told PTI over phone that a team of the Indian mission was in contact with the local authorities to find out details.

An official said that ascertaining the exact figure may take sometime. A team from the Indian diplomatic mission in New Zealand is specifically tasked with this.

Prime Minister Narendra Modi said on Friday hatred and violence have no place in diverse and democratic societies. In a letter to Jacinda Ardern, his New Zealand counterpart, Mr. Modi also expressed India’s strong condemnation of terrorism in all its forms and manifestations, and of all those who support such acts of violence, the Ministry of External Affairs said in an official release.

Congress president Rahul Gandhi called the attacks “a despicable act of terrorism that must be condemned unequivocally”. “The world stands in need of compassion & understanding. Not bigotry & hate filled extremism,” he tweeted.

Telangana Rashtra Samithi chief K. Chandrashekar Rao has taken up the role of mentor in order to gain the confidence of Yuvajana Sramika Rythu Congress head Y.S. Jaganmohan Reddy. KCR set up exclusive meetings for Jagan with two godmenone in Telangana and the other in Andhra Pradeshto whom he pays obeisance for his political success. […]

Switzerland votes in a referendum on Sunday on a new law against homophobia that is opposed by the populist rightwing Swiss People’s Party (SVP). The new law would widen existing legislation against discrimination or incitement to hatred on ethnic or religious grounds to include sexual orientation. Campaigner Jean-Pierre Sigrist, founder of an association of gay […]

Apprehensive about the implications of the restrictions on sale and serving of alcohol beyond 11 pm imposed by Election authorities, Goa Tourism officials on April 17 approached the Election commission of India (ECI) for relaxation in these timings. The State Tourism has moved following two separate representations made by coastal State’s hoteliers, bar and restaurant […]