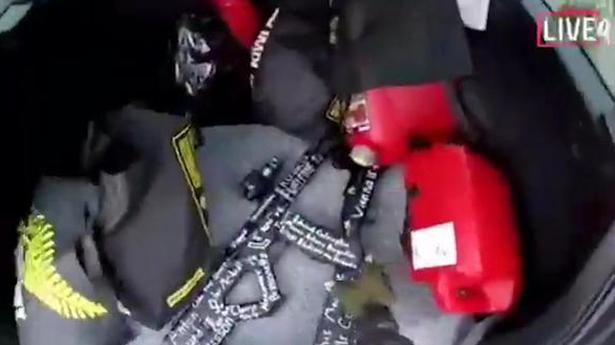 Footage of the attacks was broadcast live to Facebook and then re-shared by users on other platforms.

“We’re also removing any praise or support for the crime and the shooter or shooters as soon as were aware.”

Twitter said it had “rigorous processes and a dedicated team in place for managing exigent and emergency situations” such as this. “We also cooperate with law enforcement to facilitate their investigations as required,” it said.

The videos showed the gunman driving to one mosque, entering it and shooting randomly at people inside. Reuters was unable to confirm the authenticity of the footage.

Live streaming services have become a central component of social media companies’ growth strategy in recent years, but they are also increasingly exploited by some users to livestream offensive and violent content.

In 2017, a father in Thailand broadcast himself killing his daughter on Facebook Live. After more than a day, and 370,000 views, Facebook removed the video. That year, a video of a man shooting and killing another in Cleveland also shocked viewers.

Two powerful blasts rocked Pakistan’s restive Balochistan province on Friday, killing one person and wounding 12 others, including two police officers, according to a media report. The blast shook Kharotabad and Khaizi Chowk areas of Quetta, the provincial capital and the largest city of Balochistan. The first blast went off near the office of a […]

Pakistan’s Prime Minister Imran Khan is getting a taste of his own medicine, courtesy Jamiat Ulema Islam – Fazl (JUI-F) leader Maulana Fazal-ur-Rehman. In 2014, Imran Khan, as Opposition leader in Pakistan, had led an Azadi March seeking ouster of then Prime Minister Nawaz Sharif. The march had built public opinion in Imran Khan’s favour. […]