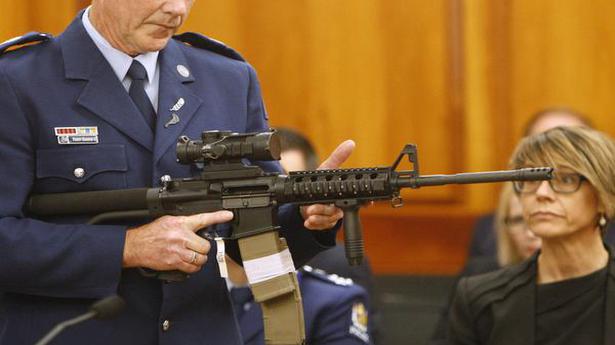 Dozens of Christchurch gun owners on Saturday handed over their weapons in exchange for money in the first of more than 250 planned buyback events around New Zealand after the government outlawed many types of semi-automatics.

Police said they paid more than 430,000 New Zealand dollars ($288,000) to 169 gun owners during the event. The money was paid directly into the bank accounts of gun owners.

The government has set aside more than NZ$200 million to buy back weapons such as AR-15 style rifles, although many gun owners remain unhappy with the compensation on offer.

Under an amnesty, gun owners have until December to turn over their now-banned weapons.

Police said at least 14,000 guns around the country are banned under the new legislation. There are an estimated 1 million to 1.5 million guns in New Zealand and 250,000 licensed gun owners.

Under the buyback scheme, gun owners are compensated between 25% and 95% of the pre-tax price of a new gun, depending on the condition of their weapon.

People who own guns that are not banned under the new laws can also turn over their weapons during the amnesty, although they won’t get any compensation. Police said a half-dozen such weapons were turned in during the Christchurch event.

Police are using hydraulic machines to crush the gun barrels and firing mechanisms of the weapons that are handed in, rendering them inoperable, before disposing of them.

Mike Johnson, an acting district police commander, said the Christchurch buyback had been a success and the attitude of gun owners “outstanding.”

“Many of those who handed over firearms commented how easy the process is, how the prices are fair, and how police made the whole event go smoothly,” Mr. Nash said in a statement.

But Nicole McKee, the secretary of the Council of Licensed Firearms Owners, said the government was shortchanging gun owners by trying to complete the buyback on the cheap.

She said gun owners were forced to rely on police assessments of the condition of their guns and weren’t getting paid anything for the thousands of dollars they had spent on tax as well as certain accessories and ammunition.

“They do want to abide by the new laws but they have no incentive and they’re having fingers pointed at them and are being treated like criminals,” Ms. McKee said. “They’re angry at the way they’re being treated.”

The council has launched a crowd-funding campaign to raise money to fight against possible further government-imposed gun restrictions.

U.S. President Donald Trump on September 16 declined to comment on a newspaper report that North Korean leader Kim Jong Un had invited him to visit Pyongyang and said conditions were not ready yet for such a visit. “The relationship is very good but I don’t want to comment on that,” Mr. Trump told reporters […]

The French police have smashed a neo-Nazi cell accused of plotting attacks on Jewish or Muslim places of worship, legal sources said on Tuesday. Five members of the group, who were “close in ideology to the neo-Nazi movement” were charged between September and May over the alleged plot, a source close to the investigation said. […]

The British Airways has virtually grounded all flights after as many as 4,000 pilots have started a strike. Many flights from India to UK have been cancelled for Monday. The British Airline Pilots Association (Balpa) said that British Airways should share more of its profits with its pilots. British Airways issued a statement saying, “We […]