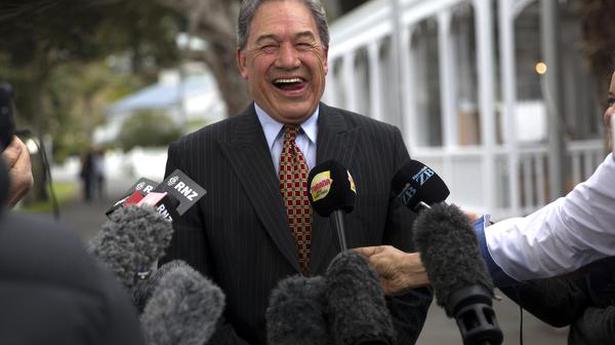 New Zealand’s deputy prime minister is attending an emergency session of an umbrella organization of Muslim nations in Turkey after a gunman killed 50 people in two mosques in the South Pacific nation.

Winston Peters was in Istanbul on Friday for the 57-member Organization of Islamic Cooperation’s executive committee meeting.

Australian Brenton Harrison Tarrant was arrested and charged with murder. Tarrant livestreamed the attack and released a manifesto describing his white supremacist views and how he planned the shootings.

Turkish President Recep Tayyip Erdogan, who will also speak at the summit, has sparked outrage abroad by screening at campaign rallies excerpts of the Tarrant’s video to denounce Islamophobia. New Zealand has been trying to prevent the use of the video and Mr. Peters is expected to take up the issue.

The National Investigation Agency (NIA) had specific intelligence on Sunday’s serial blasts in Sri Lanka. While examining an Islamic State (IS) sympathiser in Tamil Nadu six months ago, investigators got to know of the terror plot and alerted the authorities concerned to pass on the information to Sri Lanka. Confirming this to The Hindu on […]

Pakistan has displayed a mannequin resembling Indian Air Force pilot Wing Commander Abhinandan Varthaman, who downed its jet during an aerial combat and was held captive for three days, in an exhibit at a museum run by the Pakistan Air Force in Karachi, according to a media report. Air Chief Marshal Mujahid Anwar Khan this […]