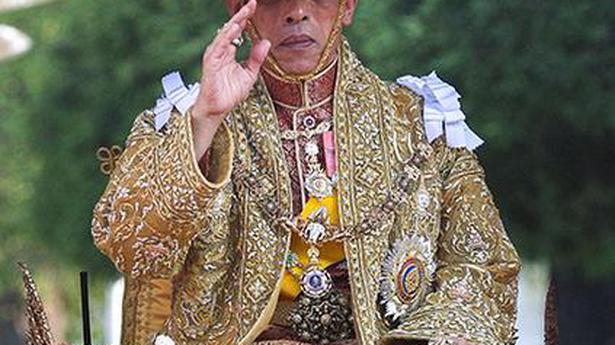 Thailand’s newly-crowned King Maha Vajiralongkorn was carried by soldiers on a gilded palanquin through the streets of Bangkok on Sunday, in front of crowds who craned to witness the historic event.

The King, Rama X of the Chakri dynasty, wore a bejewelled robe and broad-brimmed hat with a feather on the second of three days of pageantry and royal splendour.

The seven-km procession brings the public into close proximity with the monarch for the first time, two years after he ascended the throne in an increasingly assertive reign.

It started at around 5 p.m. (1000 GMT) at the grand palace in Bangkok’s old quarter as trumpets blared, soldiers shouted commands and cannons fired a 21-gun salute. The three-day coronation, which started on Saturday, is the first since King Vajiralongkorn’s adored and revered father was crowned in 1950.

Early on Sunday, the king bestowed royal titles on family members who crawled to his throne in a striking show of deference to the monarch, who was joined by his new Queen Suthida.

Displaced women and girls are facing a heightened risk of gender-based violence during the coronavirus crisis, the UN Refugee Agency said Monday. The UNHCR said they may be forced into “survival sex” or child marriages. Lockdowns imposed to control the spread of COVID-19 have restricted movement and led to the closure of services. Also read […]

Turkish forces stepped up their bombardment around a town in northeast Syria on Saturday, the fourth day of an offensive against a Kurdish militia, after U.S. troops in the region came under artillery fire from Turkish positions. The United States has ramped up its efforts to persuade Ankara to halt the incursion against the U.S.-backed […]