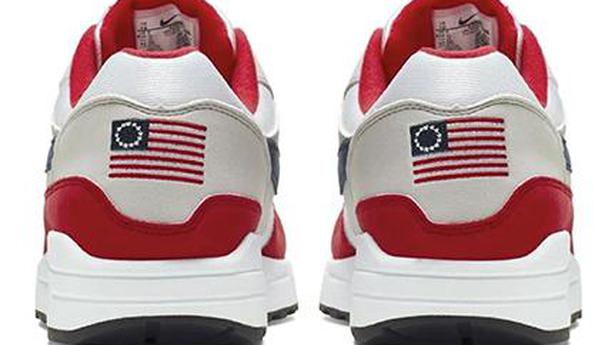 Sportswear giant Nike said on Tuesday that it had withdrawn a shoe displaying an early version of the American flag, amidst reports of former National Football League quarterback Colin Kaepernick warning the company that the flag was associated with slavery.

Nike had unveiled the design featuring an American Revolution-era design known as the ‘Betsy Ross flag’ to commemorate the U.S. Independence Day on July 4.

But The Wall Street Journal reported that Mr. Kaepernick, who had led kneeling protests against racial inequality during the national anthems of NFL games in 2016, said that the design featuring 13 white stars in a circle was associated with a period of slavery legalised in the US after independence from Britain.

However, Nike said in a statement that it withdrew the design on “concerns that it could unintentionally offend and detract from the nation’s patriotic holiday.”

Four “sweat bees” that had been living in a Taiwanese woman’s eye were removed by a doctor who described his surprise at finding a “leg with hair, protruding from the eyelid”. The tiny insects, which are just three milimetres (one-tenth of an inch) long, were discovered after the woman — known only as Ms Ho […]

North Korea has conducted another “crucial test” at its Sohae satellite launch site, state media reported Saturday, as nuclear negotiations between Pyongyang and Washington remain stalled with a deadline approaching. The announcement comes a day before US Special Envoy on North Korea Stephen Biegun is set to arrive in Seoul for a three-day visit, and […]